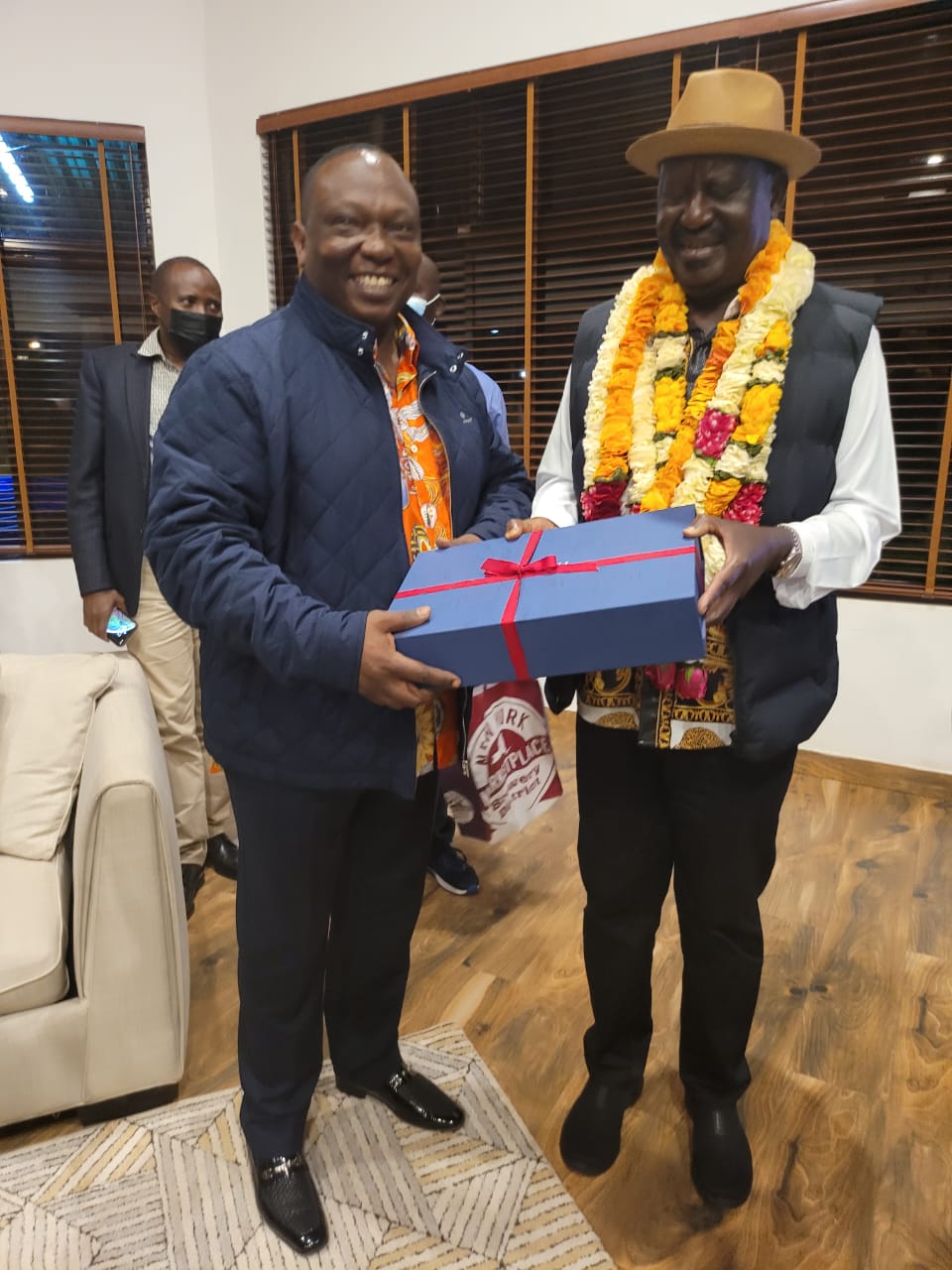 The event that was held at the Bomas of Kenya and attended by invited guests was the third meeting in a span of one month where Ngatia has been invited to attend Odinga’s meetings following his invite and consequent opportunity to during Odinga’s Azimio la Umoja rallies at Kasarani in Nairobi and Bukhungu stadium in Kakamega in December.

Ngatia gifted Odinga with a glittering birthday gift during the after party. The two leading candidates for the Presidency and Nairobi Governorship seem to have crafted a working formula even before Ngatia formally announces his big to take over city hall.

Ngatia’s bid for the Nairobi gubernatorial seat last month received a major boost after Odinga’s allies; key ODM political players in the capital threw their weight behind him.

The Mathare MP Oluoch, who is a key ODM legislator and was one of the leading lawyers for the ODM leader Raila Odinga during the 2017 Presidential petition, announced that he will be supporting Ngatia to be the Handshake candidate in the 2022 general elections as the Azimio la Umoja Movement takes the county by storm.