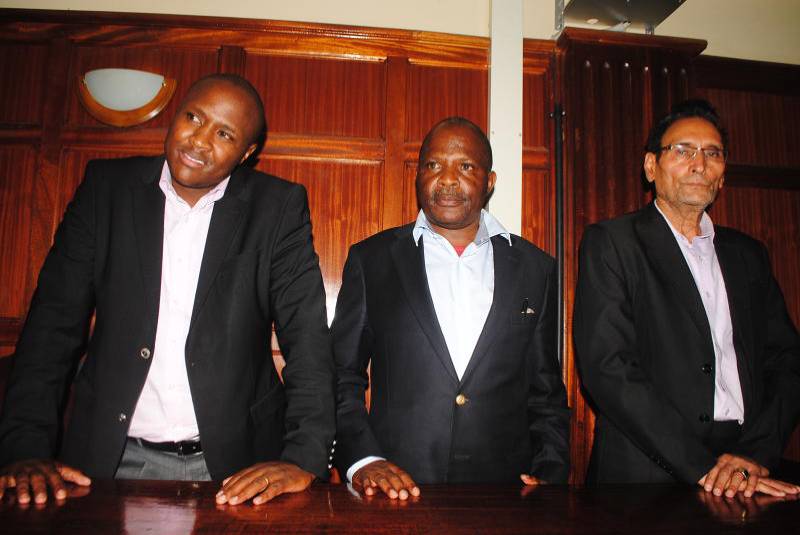 The legislator was charged afresh alongside businessman Madat Saburali after the court was informed that their co-accused namely Arthur Sakwa died.

The prosecution led by senior state prosecutor Anderson Gikunda told the court that they have amended the charge sheet following the death of Sakwa.

Milimani Chief Magistrate Micheni Wendy, however, ordered the case to proceed for a full hearing for five days from August 16, 2022, without further delay.

The prosecution said the 11 witnesses who are expected to testify are from the Treasury and the Central Bank of Kenya.

Keter and Saburali are accused of presenting 42 forged Treasury bills amounting to Sh633 million to the CBK and seeking payment.

The two denied 10 counts of conspiracy to defraud the CBK, forgeries, uttering, and making false documents. The charges state that they presented forged Treasury bills valued at Sh286 million on February 16 last year.

They are also accused of making a false document, namely a letterhead allegedly from the CBK, for Treasury bills amounting to Sh347 million purporting to have been issued and signed by Maina Warui, the registrar at the CBK’s National Debt office.

The prosecution also alleges the three made similar bills on unknown dates and place of Sh347 million and Sh272,601,095 allegedly drawn at the Barclays Bank of Kenya and purporting it to be genuine, valid, and issued by the CBK.

It is said they were arrested minutes after they held a meeting with CBK Governor Patrick Njoroge. They were accused of presenting forged 90-day Treasury bills dated 1990.