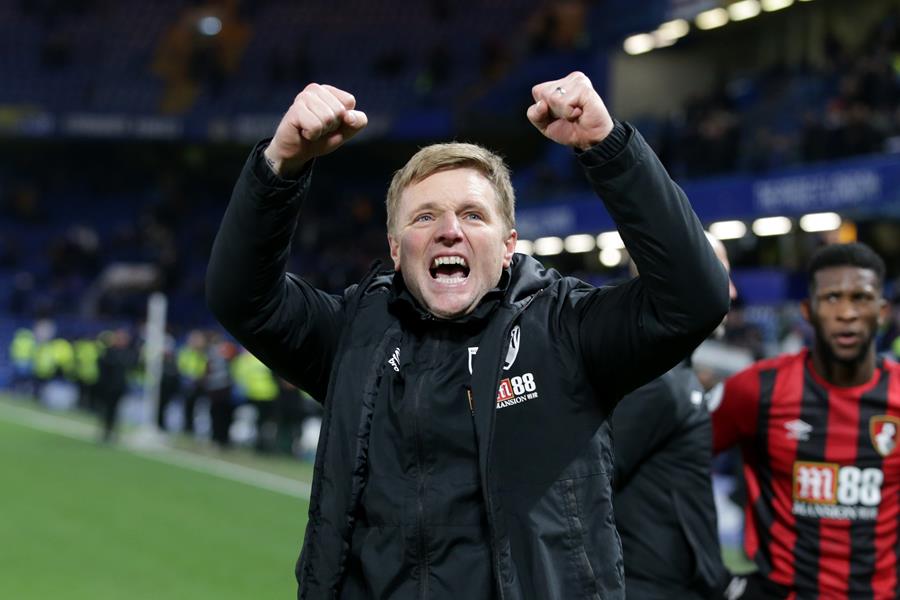 Howe, who has signed a contract until the summer of 2024, has not been in management since he left Bournemouth in August 2020 following relegation.

He takes over with Newcastle 19th in the table, five points from safety after 11 games.

Howe watched Newcastle’s 1-1 league draw at Brighton on Saturday from the stands.

He will be familiar with Newcastle players Callum Wilson, Ryan Fraser and Matt Ritchie having managed the trio at Bournemouth.

Bruce left Newcastle by mutual consent on 20 October, just 13 days after the Saudi Arabian-backed £305m takeover of the club was completed.

Graeme Jones has been in interim charge and the Tyneside club have drawn with Crystal Palace and Brighton as well as losing to Chelsea under him.

The Magpies had approached Villarreal manager Unai Emery to take over as their new boss, but the Spaniard turned them down.

Newcastle co-owner Amanda Staveley said the club had been “incredibly impressed” by Howe through what had been a “rigorous recruitment process”.

She described Howe, whose first game in charge will be at home to Brentford on 20 November, as a “passionate” and “dynamic” coach.

“He is a great fit for what we are trying to build here,” added Staveley.

Howe took Bournemouth from the bottom of League Two to the Premier League, and kept the south coast club there for five seasons.