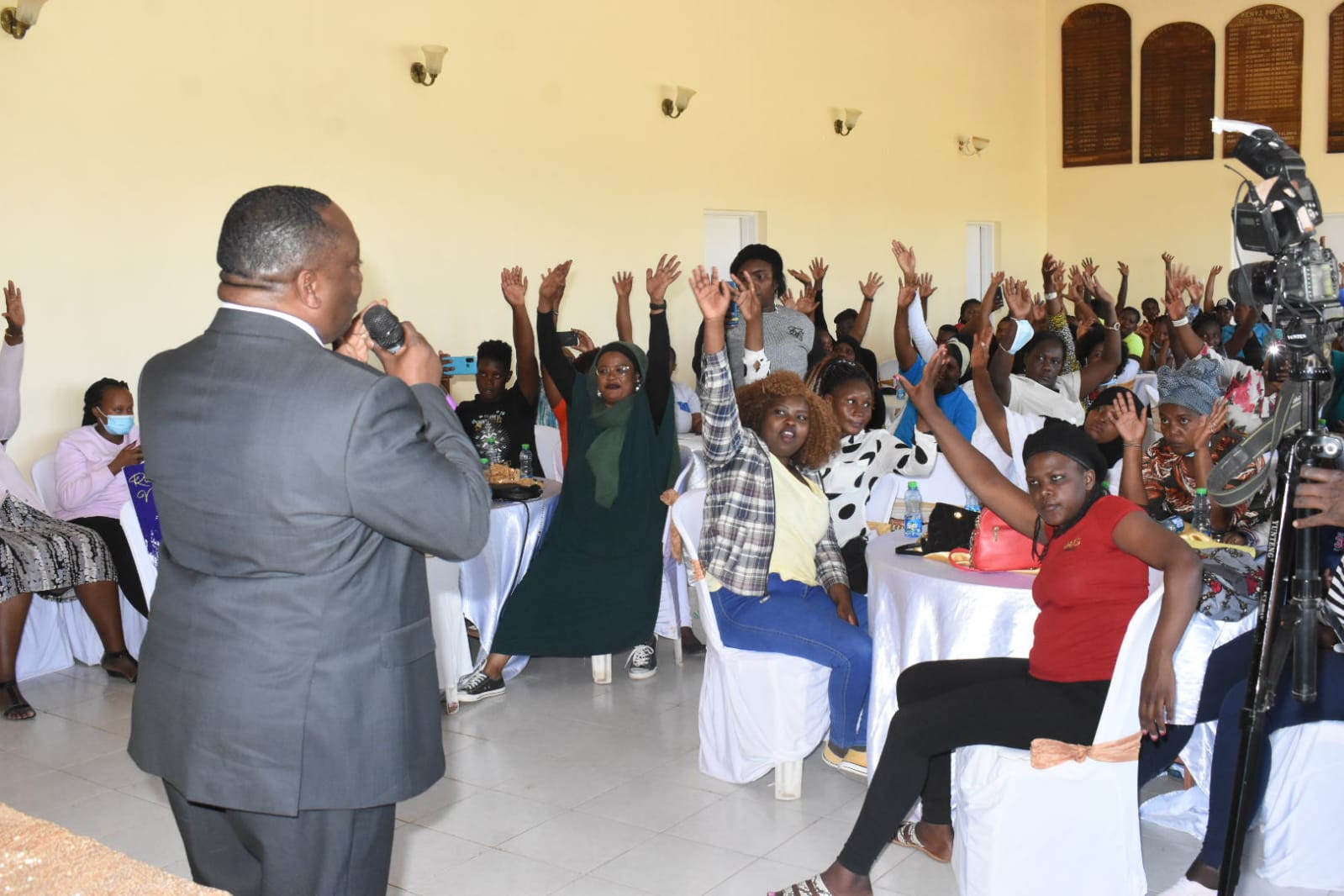 Nairobi Gubernatorial aspirant Richard Ngatia has announced that he will soon step down as president of the Kenya National Chamber of Commerce and Industry (KNCCI) ahead of his anticipated launch of his candidature in the August 2022 general elections.

Ngatia, who said that he will soon launch his campaigns for the Nairobi governor’s seat at Nyayo Stadium in Nairobi, today held talks with the Members of Queens na Ngatia group as he intensifies his campaigns ahead of the official launch.

The women in the Queens na Ngatia drawn from all Nairobi’s 85 wards in South C unanimously endorsed his candidature and his walk with the Azimio la Umoja movement that is led by Orange Democratic Movement leader Raila Odinga.

“I have listened to you. I want to thank you and promise you that because you have all agreed to be queens for Ngatia, I will walk with you and together we shall go all the way to city hall,” Ngatia told the gathering in Nairobi. “This time round, we don’t want shenanigans and drama. We want quality leadership,” He added.
The jubilant women promised to support Ngatia all the way in his bid for the Nairobi top job. During the meeting, The KNCCI president took time to educate the women on the importance of joining the chamber of commerce to improve business opportunities.

“I sit at various councils in the business spheres including the World Chamber Federation that is a global body in commerce in 177 countries but I have looked at who will be the next President of Kenya and have decided to walk with Raila Odinga,” Ngatia said.

I have been a business leader in the world but it will reach a time for me to resign (from the Kenya National Chamber of Commerce and Industry) and come here to serve the great people of Nairobi,” He said.
“When that time comes, we shall be together when I declare my candidature and formally launch my campaigns. We shall mobilise 30,000 people for the event in Nyayo Stadium,” He noted