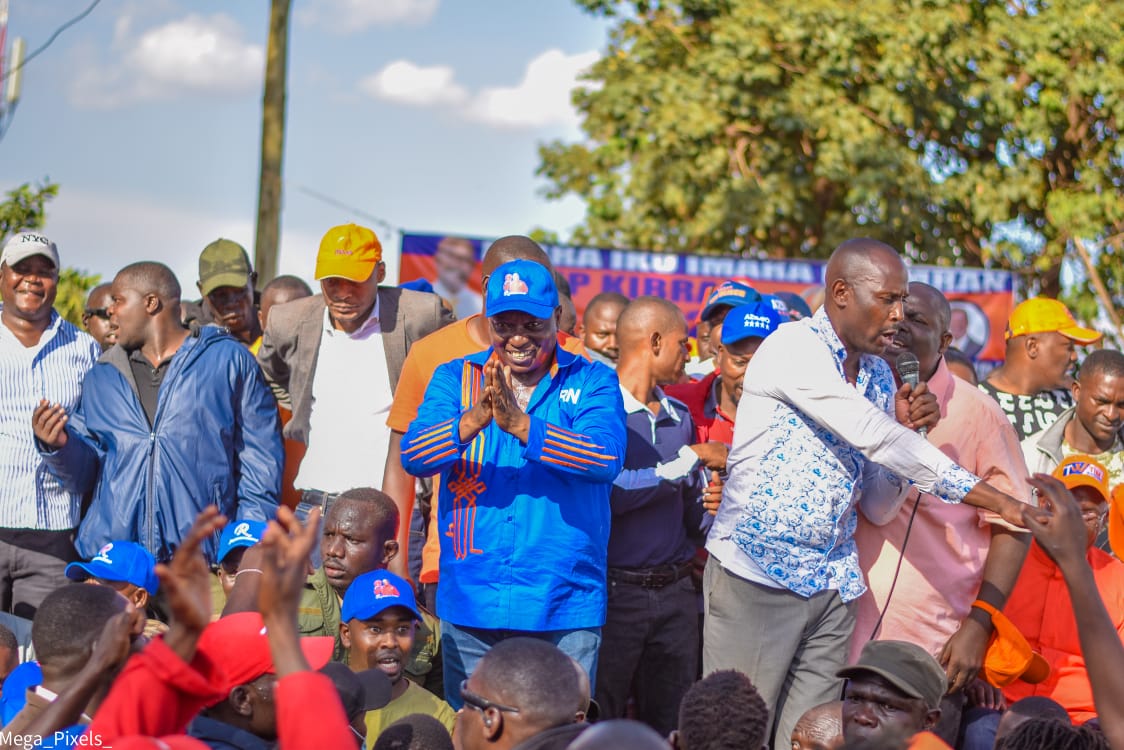 The Nairobi gubernatorial candidate and businessman Richard Ngatia has pledged that his county government will upgrade slums and informal settlements.

Ngatia who is the Kenya National Chamber of Commerce and Industry (KNCCI) president said that the lack of recognition of slums and settlements as residential areas for city planning and budgeting purposes has meant that residents have been denied a range of essential services provided by the government to other residents of the city.

This has led to the Nairobi county government has failing to address the issues affecting those living in slums and informal settlements to lack adequate physical infrastructure such as accessibility (roads and footpaths), sewer systems, drainage, water and sanitation facilities, electricity and street lighting. Where such facilities exist, they are in a bad state or are results of illegal connections.

In turn, the services that property owners provide to tenants are often insufficient. 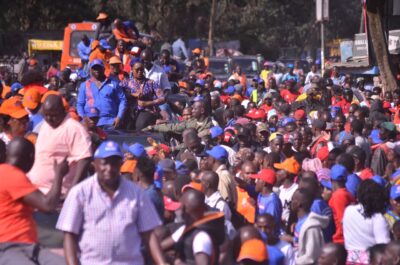 Addressing a rally at Kibera’s Kamkunji grounds, Ngatia who is seeking an Azimio ticket to contest for the Nairobi’s governor’s post promised to ensure that lobbies for legislation in the County assembly in ensuring that Nairobi residents staying in the slums and informal settlements were recognized and their welfare was well taken care of by ensuring that they enjoyed services by the County Government as any other Nairobian.

Earlier, during the businessman’s meet the people tour in Kibra constituency, on Sunday, March 27th, 2022, Ngatia talking to Mama Wafula, a resident of Kibera, described her living situation to him with the hope that he will be their “Messiah”.

“We are about 15 families on this one plot owned by one landlord. Each family rents a one-room house and pays between 1000 and 1,500 shillings [US$10-15] for the room per month. I pay Ksh1000 as rent. The room as you can see is single, but we divide it into two so that my three children can sleep in the other section… The services here are very bad. Although I feel the landlord earns a lot of money from the rents we pay, he is reluctant to ensure that we have access to even the most basic of services. All fifteen families on this plot use the one pit latrine which you can see outside there. There is also one common bathroom which is adjacent to it and whose entry is covered by a polythene bag… Because we are many, we have to organize, throughout the day, on how to use the pit latrine and particularly the bathroom… The waste water passes through open drains and snails through the compound and through the neighbouring houses and into the river,” said Mama Wafula