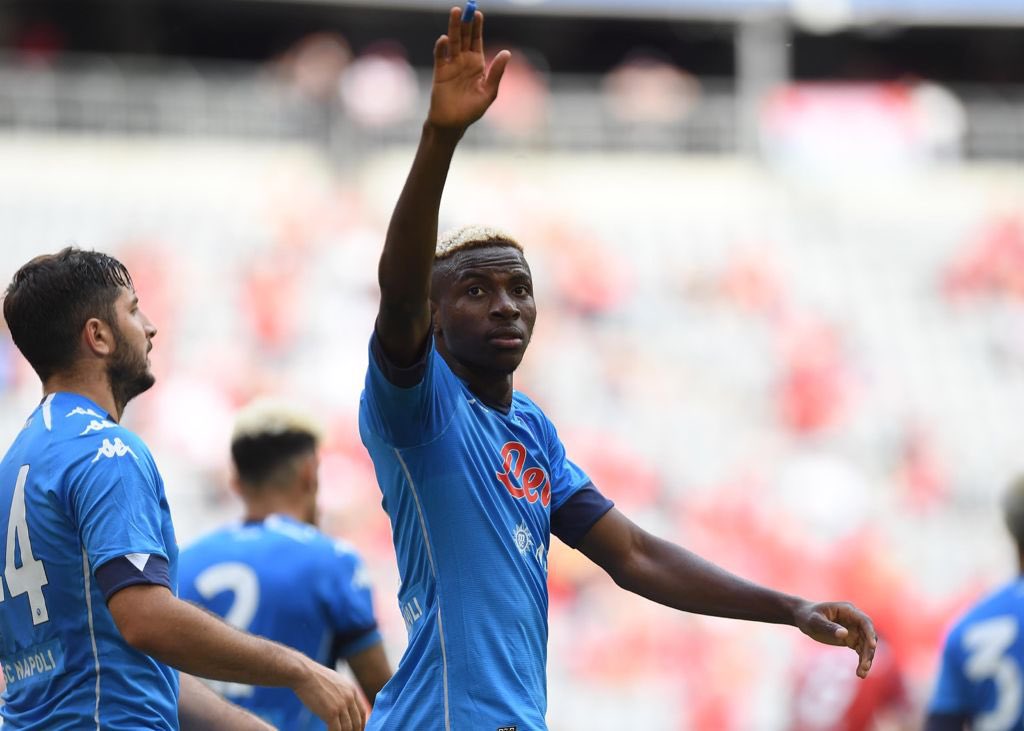 The 2016 English Premier League (EPL) champions surrendered a two-goal lead in the final 20 minute in their thrilling Europa League opener at the King Power Stadium.

The Foxes got off to the perfect start when Spaniard Ayoze Perez ended a 15-game goal drought inside nine minutes with an emphatic volley into the Napoli –for his first-ever European goal.

Summer signing Patson Daka looked to have doubled Leicester’s lead on the hour, only for his strike to be ruled out for offside, but, five minutes later, Harvey Barnes found the net at the end of a flowing counter to leave the Foxes on course to victory.

Osimhen Nigeria’s national teammate Wilfred Ndidi earned a stoppage time dismissal and now misses the next game against Legia Warsaw – for a second bookable offence, adding insult to injury on a night victory slipped away from Brendan Rodgers’s side.

Police and stewards had to control a disturbance between the home and travelling fans at full time with missiles thrown between supporters. Missiles were thrown from both sets of supporters as tensions flared at the end of the game.

What’s next?
Leicester resume their Premier League campaign away to Brighton on Sunday. Their next Europa League game is away to Legia Warsaw on September 30.

Game Stats
• This was the first time Leicester have had a 2+ goal lead in a home match (all competitions) but failed to win since September 2016 against Chelsea. They had won each of their previous 47 such matches before tonight.
• Napoli have never won away against English opposition in all European competition (D3 L8), conceding at least once in all 11 such matches (23 conceded in total).
• With his brace tonight, Victor Osimhen has been involved in nine goals in his last 10 appearances for Napoli in all competitions (7 goals, 2 assists).
• No player has scored more goals for Leicester in major European competition than Harvey Barnes (4, level with Jamie Vardy and Riyad Mahrez), with all four his strikes coming in the Europa League over the last two seasons.
• Ayoze Pérez netted his first goal in 15 games for Leicester in all competitions, though this was the first time the Foxes failed to win a game in which he scored (W8 D1).