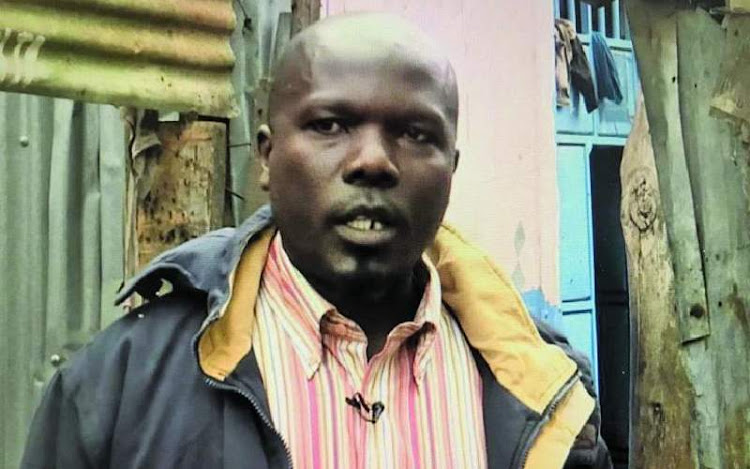 Three companies have been sued by Aron Asiba Matendechere, famed for his Ntakufinya phrase in a viral video,for using his image and buzzword without his consent.

The Co-operative Bank of Kenya, National Cereals and Produce Board (NCPB) and Ruiru Mabati Factory, have been accused of using Matendechere’s image or likeness to endear their products to Kenyans without his express consent.

According to a report by a local daily, Matendechere argues that the three corporates have been raking in profits from sales influenced by his popularity and images.

In court documents filed by his lawyer, Tom Ojienda, he says that the three companies have subjected him to mental torture and pressure from his family.

“The said actions have subjected me to psychological torture because the society, peer, associates, family, business partners and affiliates now perceive me to have gained financially from the advertisements,” he stated.

He further claims that he currently survives on debts and fears that his creditors, who believe that the companies pay him for using his image, will soon be on his neck.

“I am living with apprehension that my creditors are on the verge of recovering their debts,” a statement filed to the High Court by his lawyer Tom Ojienda read in part.

He accuses Co-operative bank of using his image on their social media platforms on two separate dates, July 5 and July 22.

The financial institution used the image to beseech loan defaulters to pay their dues, a post that was captioned Banker akiona loan defaulter akikula kuku town.

Ruiru Mabati Factory also faces the same fate as Co-operative Bank, for having used his image to market their iron sheets in July 13, 2021.