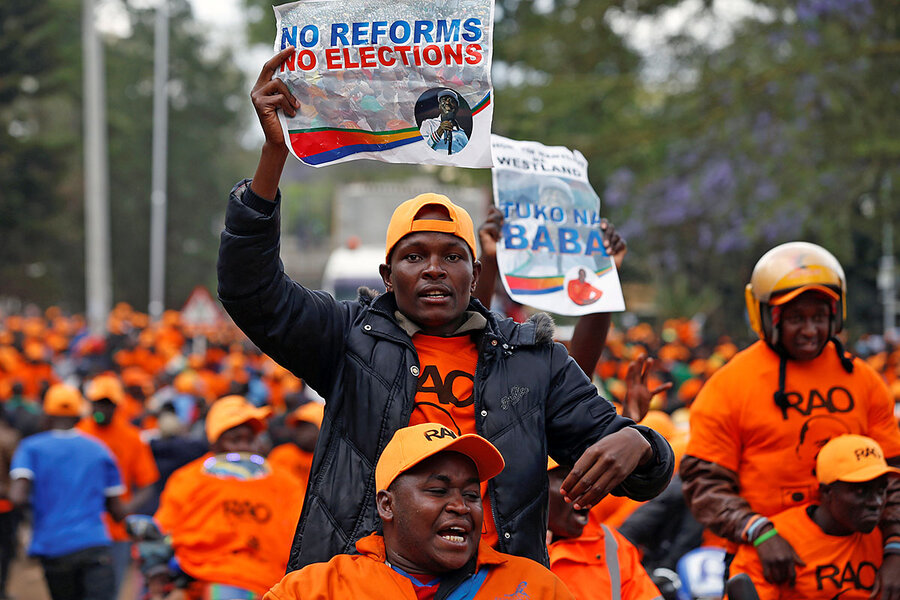 No Direct ODM Tickets for Candidates in 2022 Elections

The opposition Orange Democratic Movement (ODM) party has not given any candidate a direct ticket to contest in the forthcoming general elections in 2022.

The party through its National Elections Board (NEB) has issued a warning to party officials purporting to have an upper hand in the nomination process of aspirants.

In a public statement issued by NEB chairperson Catherine Muyeka on Friday, November 12, ODM warned a section of party members and officials who have reportedly been claiming to have secured direct tickets to vie for different seats in the upcoming 2022 general elections.

“We have received a number of complaints from party members from different counties on different allegations where a few Party members, Party officials, and others in some counties have been heard purporting to have secured the ODM tickets for different seats for the 2022 elections,” the statement read in part.

ODM further placed its spotlight on posts making rounds on Social Media where the said members are seen and heard purporting to have already secured nomination certificates or to have powers to issue party tickets for the 2022 General elections.

“We wish to send a stern warning to any member, outgoing and incoming party official to desist from making false utterances on the party primaries nomination process,” the statement said in part.

ODM then warned Party officials from attempting to use their positions for personal benefit in a bid to influence, intimidate and cajole opponents and would-be aspirants string that would amount to an abuse of office.

“All incoming and outgoing officials are reminded that as holders of party offices they must serve all party members, including their competitors without bias. We further urge our members to be vigilant and report any member or official engaging in misinformation since this is an electoral offense,” ODM said.

The NEB also urged counties to expedite the ongoing consultations and submit their lists of nominated leaders.