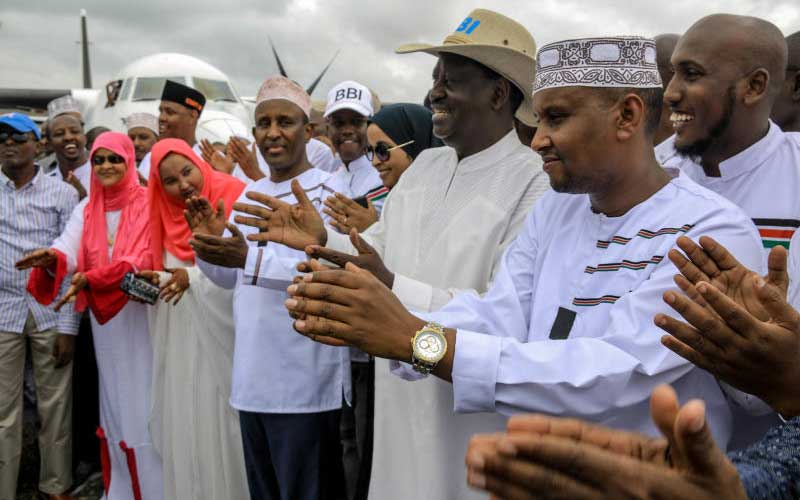 The leaders vowed to rally residents and present a united front in support of Raila’s ‘Azimio la umoja’ push.

In a resolution read by former Wajir Governor Ahmed Abdullahi, the leaders said their support is pegged on the ODM leader’s past and present policy positions that they say are in the best interest of pastoralists and Arid and Semi Arid Lands (ASAL) communities.

During his two-day tour of Garissa, Raila who was accompanied by National Treasury Cabinet Secretary Ukur Yatani, met clerics and local politicians.

He took the chance to explain his agenda for North Eastern, promising to address challenges facing the region.

The former premier took credit for the creation of the Northern Kenya Development and other Arid Lands ministry during the grand coalition government when he served as the Prime Minister in the then President Mwai Kibaki government.

He told residents that if elected president, he would bring back the docket and give it more powers to unlock the region’s socio-economic potential.