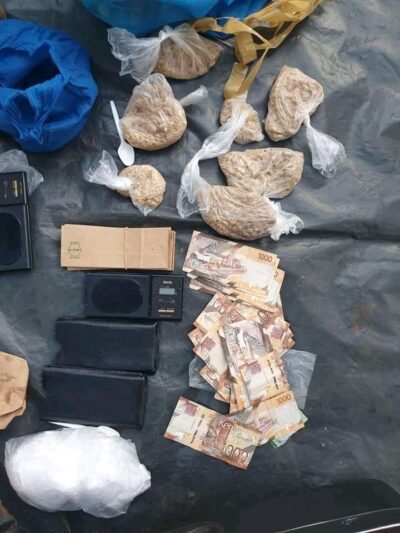 Detectives have arrested three suspects of trafficking in narcotics, who have been operating with impunity across the country and beyond in the guise of engaging in legitimate businesses.

Swalehe Yusuf Ahmed and Suleiman Salim Kaingu were arrested in Kilifi’s Kikambala area yesterday, with several packages of approximately 1Kg of Heroin estimated at over Sh 3million in the prohibited markets.

Swalehe Yusuf Ahmed is notoriously known as a trafficker of the hard drug in the coastal region, having two related cases pending before court, and has been carrying on with the illegal business while out on bond.

In the cases, Swalehe is accused of trafficking over 105Kg of Heroin estimated at Sh 285Million, money which he launders alongside various operatives that work for him.

Also arrested in the operation was Susan Mukonyo Mutuku, a mobile money operator whose shop is believed to be used by the prime suspect to launder his drug trafficking proceeds.

The three were arraigned at a Mombasa court today on miscellaneous application to facilitate completion of investigations, where ruling on the same will be made tomorrow.

Newer Post
Man hospitalized after finding out that the apartment they live in belongs to his wife
Older Post
TotalEnergies CAF WOMEN’S CHAMPIONS LEAGUE: Okere confident they will pull through to semis