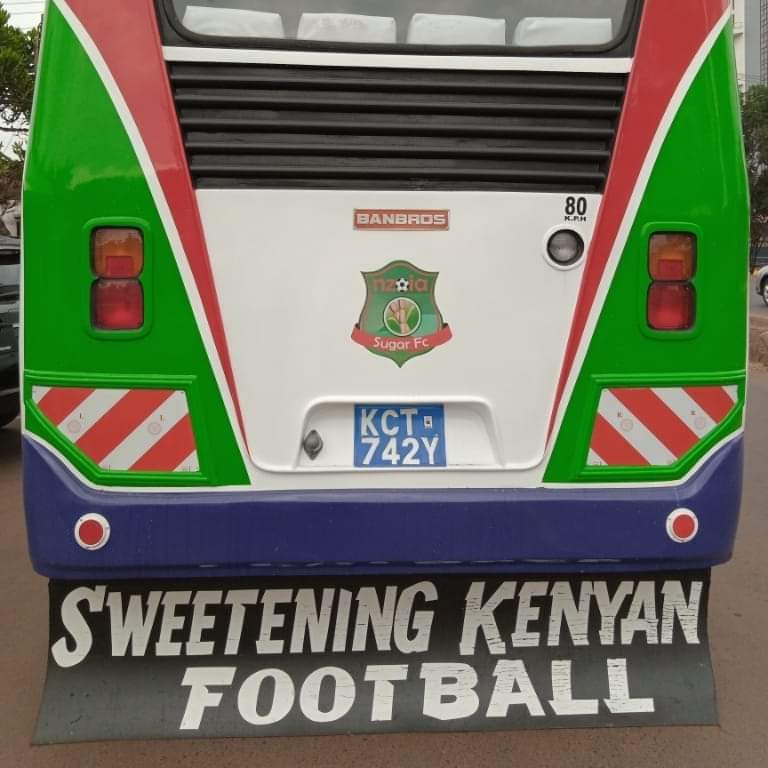 The colourful event was planned by the Nzoia sugar company under the leadership of Acting CEO Dr. Chrispinus Ogutu Omondi in conjunction with the Public Relations Office which oversees the teams activities.

The team’s existence helps in marketing and advertising of the company’s sugar. In addition to that, the existence of the team acts as a key factor of CSR to the Millers neighborhood.

The event saw some few players awarded and others applauded for their overwhelming contribution throughout the 2020/2021 season . The players who were awarded included;

a) Most Valuable Player (MVP) Kevin Juma who has attracted interests to most of KPL teams for his steady and smart way of play. His brilliant midfield ball control and coordination made Coach Mulee include him in Kenya’s preliminary squad for African qualifiers .
b) Best defender – Gabriel Wandera. Who is currently linked with a move to Bidco after his brilliant performance that saw Nzoia FC survive relegation
c) Best midfielder- Kevin Wafula The former BSS old boy with barely less than six months with the Millers, saw him scoop the title.
d) Most disciplined player- Peter Gin. The captain was awarded with the title for leading the team well and maintaining the smooth flow of the activities on and off field. He marshalled the team during the KPL games successfully.
e) Top Scorer- Hillary Simiyu . The former BSS striker managed to be the team’s top scorer within the shortest time he signed for Nzoia Sugar FC. His efforts and hard-work attracted interest from Ulinzi who emerged as the best destination for Simiyu. His move has been described as one of the quickest move by any Nzoia player.

The management has promised the team, technical bench, players and fans a better season with maximum support and revised renumeration.