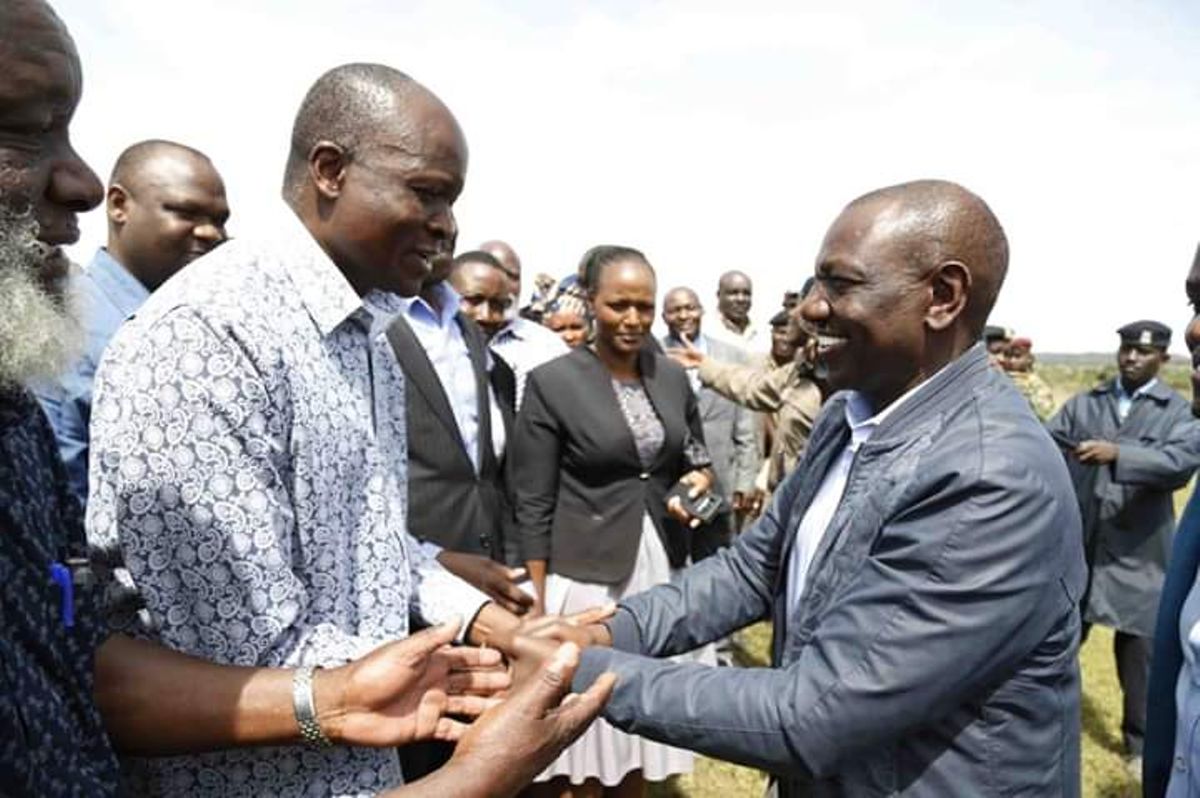 Obado cut the links publicly on Saturday, September 25, 2021 as he hosted the DP in Awendo town ahead of Ruto’s tour in Migori .

The move by Obado is a boost to Ruto’s presidential bid, as the governor has been key in bringing on board to Tangatanga immediate former Awendo MP Jared Kopiyo who met Ruto days before the Saturday event at his Nairobi office.

Ruto will this weekend launch a charm offensive on Raila’s Nyanza backyard with a major rally to be held in Awendo town, Migori county.

Obado was among Migori county leaders who received Ruto when he landed with a chopper at Sony Guest House in the compound of Sony Sugar Company mills ahead of a funds drive at Awendo Central SDA Church.

Obado and Ruto, among other local and national leaders allied to the DP’s Tangatanga movement, had a meeting with officials from both United Democratic Alliance UDA and the People’s Democratic Party (PDP) -linked to Obado.

The former Awendo constituency Member of Parliament Jared Kopiyo , who is currently serving in Migori county government as the chairman of the County Public Service Board, will host the DP.

Speaking to Kenyaonlinenews.com, Awendo MP Walter Owino said they will not grace Ruto’s function but urged for calm during the DP’s visit.

“Ruto is free to come to Awendo and sell his development and political ideology because that is the same reception we want all politicians to get across the country ahead of the 2022 General Election. We also wish local and regional political leaders who will host him well. They won’t be missed in ODM,” Owino said.

The MP cautioned Ruto to desist from insulting local leaders and issuing inflammatory statements targeting Raila and the ODM party “like he has been doing in the past to avoid confrontation with locals.”