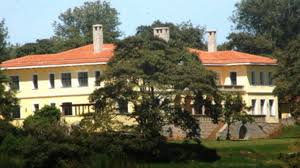 Two years ago, Professor Bitange Ndemo caused a storm after sharing his thoughts about why building huge mansions in the countryside where the builder hardly spends time–only during festivities and holidays–as opposed to where the builder actually resides and carries out day-to-day economic activities is a foolish undertaking.

In his article, Prof Ndemo argued that such investments offer little or no economic value where they are built and are more of a show-off than worthy of any returns of the money invested to put such units up.

“I am not against people spending their money in whatever way they choose. But there’s a need for a mindset change because we have invested more than $50 billion in non-productive assets thereby settling ourselves in a destructive path,” said Professor Ndemo.

“..No matter how poor Kenyans are, they will still invest in unproductive assets. Culture dictates the emotional attachment that Kenyans have with their rural investments that are practical of no value at all.”

Two years down the line, and just around festivities as many retire to their rural homes to spend time with their families and relatives, the discussion on dead capital has resurfaced with those opposed and those supporting drawing heat in equal measure.

In what is now popularly known as dead capital, what Professor Ndemo was inferring is a term that was first coined by Peruvian economist Hernando de Soto to explain capital in the form of a property which is considered lost value because the owner cannot be able to transfer or leverage the property for capital or capital access.

Traditionally, properties in rural areas attract little or no interest whenever financial institutions are approached with the units as security. In instances where banks agree to take up such securities, valuation is often dismal compared to similar units in major cities even when the expenditure in terms of costs of building materials—outside the cost of land—is the same.

Those advocating for building huge mansions in remote rural areas say that such investments are retirement homes and are economic catalysts in the areas where they are built.

Proponents also argue the African camaraderie sentimental value prose and the fact that devolution is seeing a number of county headquarters sprout to life as government services are devolved and domiciled in such upcoming towns away from the traditional city headquarters.

“Not everything needs to be looked at from a financial angle and whether it makes profits or not. In some of our cultures, we were raised by the village, it is a sense of great pride to build something to show that the village is growing,” said Jared Ochola, an IT specialist based in Nairobi.

“Would you rather our areas continue getting dotted by mud houses and grass-thatched huts? No. Let those who want to build.”

There is also the view that such units can be used as short-term rental accommodation for those looking for out-of-town experience following the advent of the Airbnb phenomenon when the owners are back in the city or are not spending within the facilities.

Those against palatial homes in rural areas do so strictly from an economic benefit standpoint.

They say that while it is okay to build a decent unit in the village, it is preposterous to build a mansion in the middle of nowhere simply for show. Their argument goes that if it is investing back to the community, the millions used to build the mansions can be invested in other ventures such as trade and agriculture to much greater advantage to the surrounding community.

Kundu Achoka–a structural engineer who regularly comments on the built environment–opines that there is no need for huge investment in accommodation in the village unless one plans for a political office and is sending a signal they are wealthy and worthy of a leadership position.

“Why do you need six bedrooms in the village? Consider a simple model, unique 3-bedroom bungalow or maisonette. A village house is a liability,” said Engineer Achoka.

“You pay water, electricity, groundskeeper, housekeep and (incur) maintenance costs yet you don’t use these services. At the lowest, if the house is in your ancestral home these provisions become black tax.”

In his close on the issue of dead capital, Prof Ndemo says: “We should work towards enabling those in our ancestral lands to change their lives for the better by encouraging planning with a sustainable future in mind.”