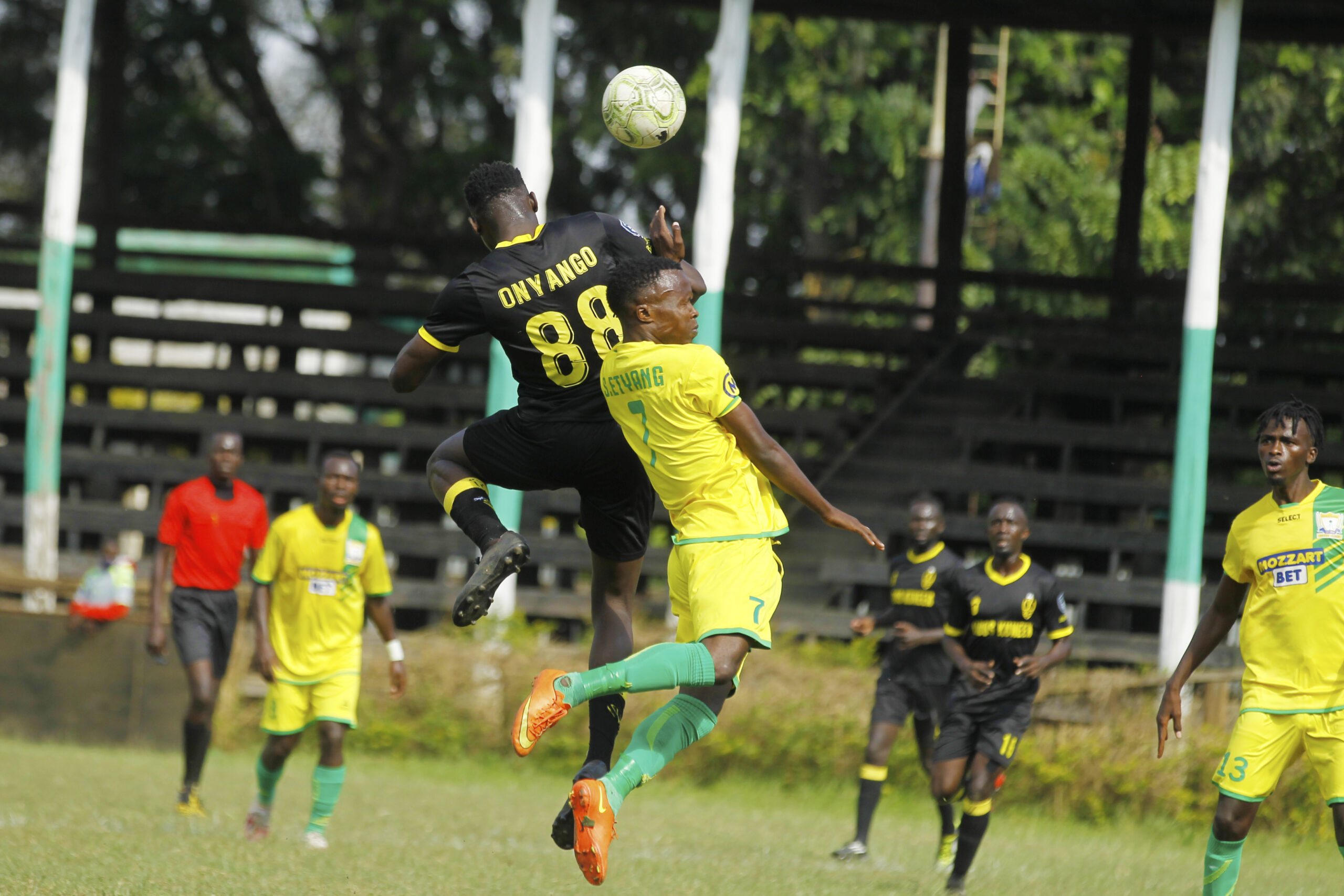 FKF PL side Wazito FC saw off a frustrating match against Kakamega Homeboyz at Nakuru’s ASK Grounds with a slim 1-0 win.

Former AFC Leopards midfielder Whyvonne Isuza who was introduced in the 64th minute to replace Amos Asembeka scored the deciding winner in the 88th minute beating Homeboyz keeper Geoffrey Oputi with a screamer much to the amusement of Wazitos technical bench.

Earlier on in the game, Shami Kibwana came close to scoring in the 13th minute after a fine backheel from Stephen Etyang but hawk-eyed Johnstone Omurwa cleared off the ball to deny the hosts an early lead.

On the reverse end, Geofrey Oputi was forced to make a fine save in the 16th minute after pushing off Rooney Onyangos header to give Wazito the first corner of the game.

With Kimanzi out Homeboy’s Shami Kibwana almost put his side ahead in the 48th minute but his freekick outside the 18yard could only splice the crossbar going out for a goal kick.

In other matches played today relegation fighting Vihiga United were held to a goalless draw by Nairobi City Stars in an early kickoff fixture at the ASK Grounds in Nakuru.

Posta Rangers held Nzoia Sugar to a goalless draw at the Ruaraka Grounds.

At the Thika Stadium, Zedekiah Otieno’s KCB kept alive their hopes of winning this season’s title after seeing off army side Ulinzi Stars 2-1 in an early kick-off match.

The win now sees KCB only 4point behind Tusker FC in the standings.

Topscorer Eric Kapaiton opened the scoring for Sharks with Onyango Robert adding the second for Sharks,

Burudian import Jules Ulimwengu came off the bench to rescue a goal for the struggling K’ogalo side but his efforts came in a little too late as Gor Mahia suffered their 8th loss of the season, the most in the last 6 seasons.