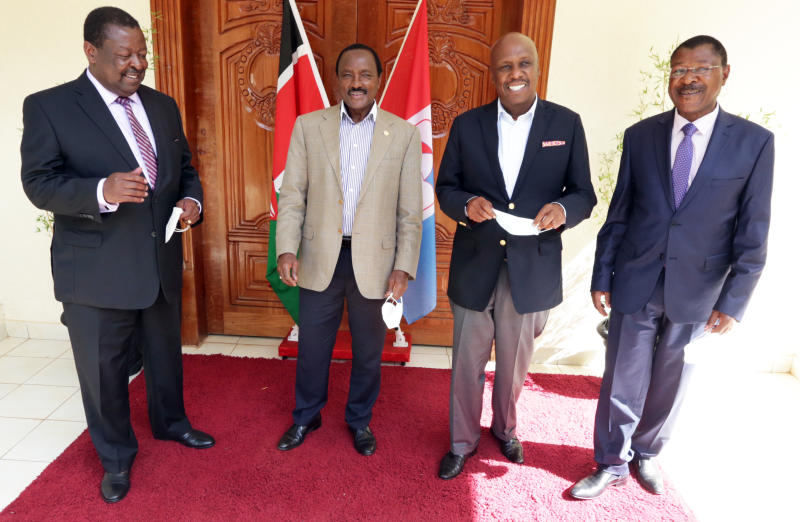 The One Kenya Alliance (OKA) coalition will announce its flag bearer in January ahead of the 2022 polls.

The Ford Kenya party leader urged Kenyans to desist from propaganda that he says is orchestrated by their critics who term them as undecided.

“We want to urge Kenyans to forget about the naysayers who think that OKA is moving slowly, good coalitions and good preparations for elections are never hurried. We have promised Kenyans that by the end of January we shall be unveiling our OKA candidate,” he said.

Wetangula expressed confidence the outfit had started making gains by spreading its wings across the country.

“OKA will win the 2022 presidency, our strategies are good and we will surprise many people,” he said.

He stated that as OKA leaders they have good plans for the country and they will only achieve it once they ascend to power in 2022.

Newer Post
Socialite Vera Sidika Prays Her Daughter Never Gets to Do Fake Nails, Lashes and Wigs in Future
Older Post
Emergency Numbers For Use During the Christmas Period