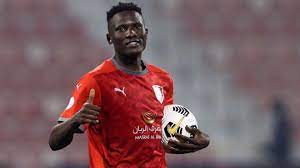 It was the visiting Kings who took the lead in the 15th minute courtesy of the 2010 World Fifa World Cup winner and German Bundeliga champions former player Spaniard Javi Martinez.

Duhail levelled through Nam Tae-hee in the 38th minute before Olunga scored the winner in the 46th minute at Thani Bin Jassim Stadium.

Olunga turned behind defenders to neatly finish a cross from the Iraqi turned Qatari citizen Bassam Al Rawi with his left foot and the goal turned out to be the winner.

The 27-year-old Olunga has now scored 10 goals this campaign from six appearances and has raked in 494 minutes. He was also on target in the team’s last match as they beat Al-Shamal 1-0.