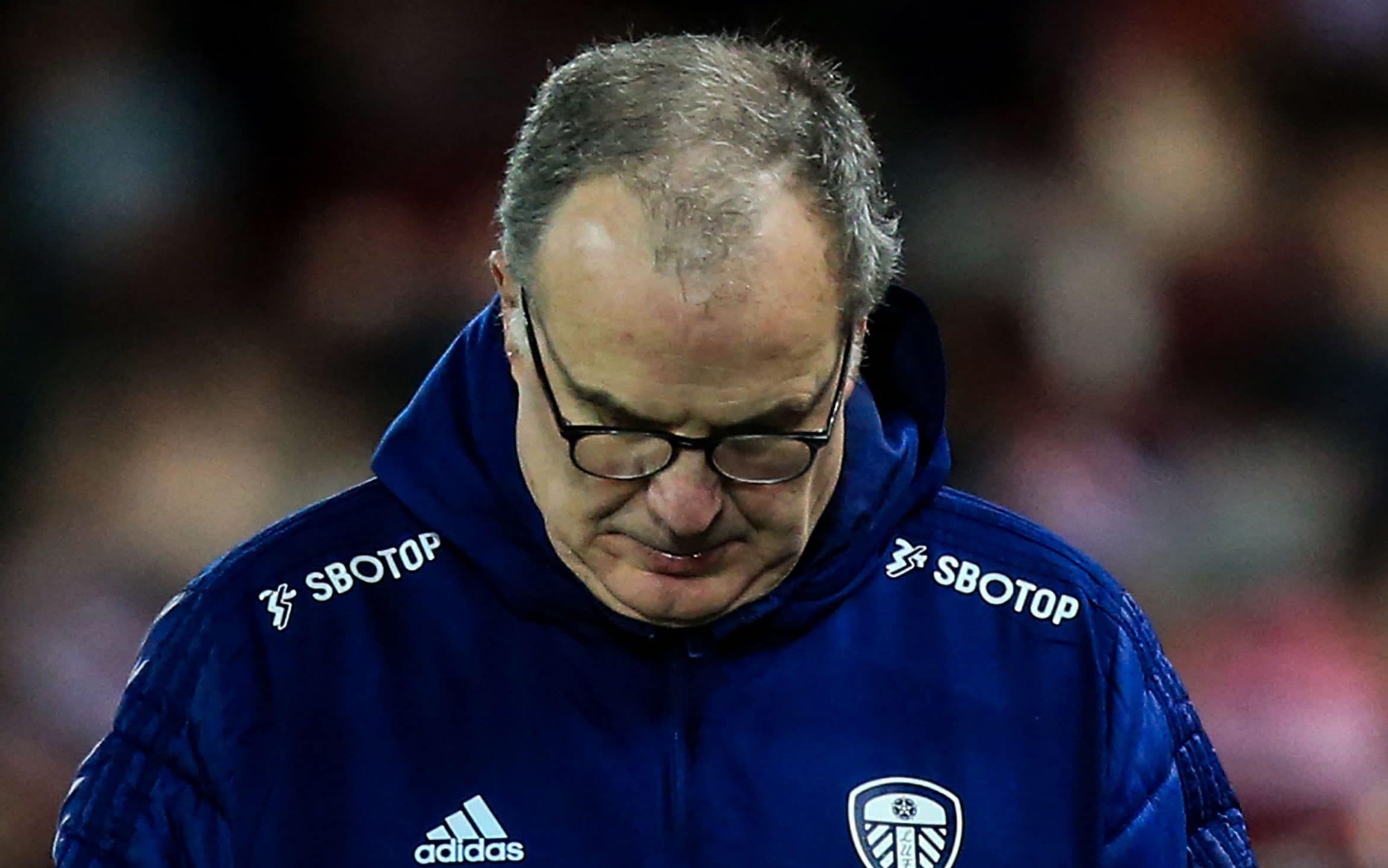 Former Argentina national team coach Marcelo Bielsa has been sacked by Leeds United on the back of a 4-0 hammering by Tottenham at Elland Road on Saturday, with American coach Jesse Marsch expected to replace him.

Bielsa joined Leeds in 2018 and led them back to the Premier League after a 16-year absence two years later, as well as a ninth-placed finish in the top flight in 2020/21, but he leaves with the club only two points above the relegation zone and on a run of five defeats from six games.

Leeds have conceded 21 goals in that time and slumped to a 4-0 defeat at home to Tottenham on Saturday after being thrashed 6-0 in midweek away at Liverpool, leaving them with a goal difference of -30 and the leakiest defence in the Premier League, having shipped 60 goals in 26 games, five more than bottom side Norwich.

Bielsa’s contract was already due to expire at the end of the season and after the Liverpool defeat he admitted he was concerned the Whites could be relegated back to the Championship.

Andrea Radrizzani, the Leeds chairman, said sacking Bielsa was the “toughest decision” he has had to make during his time at the club, but added he believed the change had to be made to stave off relegation.

He told the club’s website: “This has been the toughest decision I have had to make during my tenure at Leeds United, taking into account all the success Marcelo has had at the club.

“With Marcelo as our head coach, we had three incredible campaigns and the good times returned to Elland Road. He changed the culture of the club and brought a winning mentality to us all.

“The moments created, particularly in the 2019/20 season and winning promotion to the Premier League, will of course live long in all our memories, myself and the fans included.

“However, I have to act in the best interest of the club and I believe a change is required now in order to secure our Premier League status.

“Recent results and performances have not met our expectations. We find ourselves in a precarious league position and I feel now is the right time to bring in a new head coach, in order to have an impact in the decisive stage of the season.

“Naturally, myself, along with everyone else at the club, would like to thank Marcelo for his efforts and achievements and we wish him the very best for the future.”

Leeds say plans for a permanent tribute to Bielsa at Elland Road are under way, while they hope to make an announcement regarding the Argentine’s successor as soon as Monday.