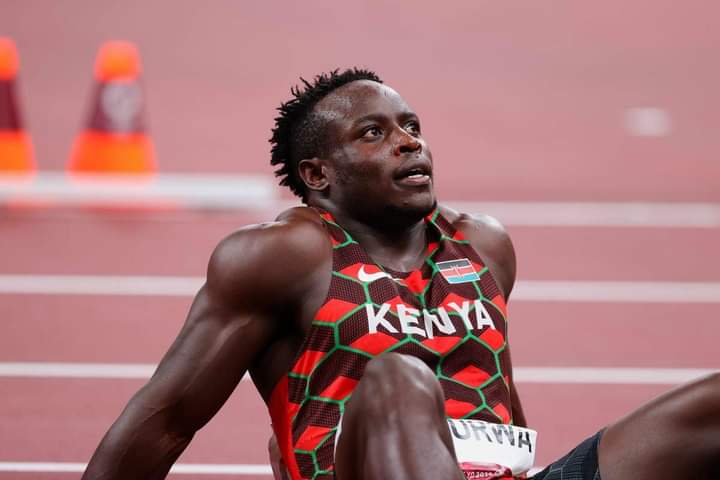 The 18 year-old Okutoyi achieved the feat for becoming the first ever Kenyan Grand Slam winner when she won the Wimbledon Open Doubles Junior Championship on July 9 in England.

To win the monthly trophy, Okutoyi beat several other nominees including Africa 100m champion Ferdinand Omanyala who was eliminated in the semis of the World Championships in Oregon, Faith Kipyegon who reclaimed her world 1,500m title in Oregon and Emmanuel Korir who added the world 800m title to his Olympic title over the same distance.

Omanyala lost the LG/SJAK Sports Personality award in June to rally driver Maxine Wahome, 26, who became the first ever woman to win a major WRC race category when she clinched the WRC3 title in the dusty terrain of Naivasha last month, cruising in the Ford Fiesta Rally 3 Car for the first time ever.

Okutoyi and her partner Rose Marie Nijkamp from the Netherlands vanquished  Canadian duo of Kayla Cross and Victoria Mboko 2-1 (3-6, 6-4, 11-9) in the Junior doubles’ final on the grass courts of All England Lawn Tennis Club. 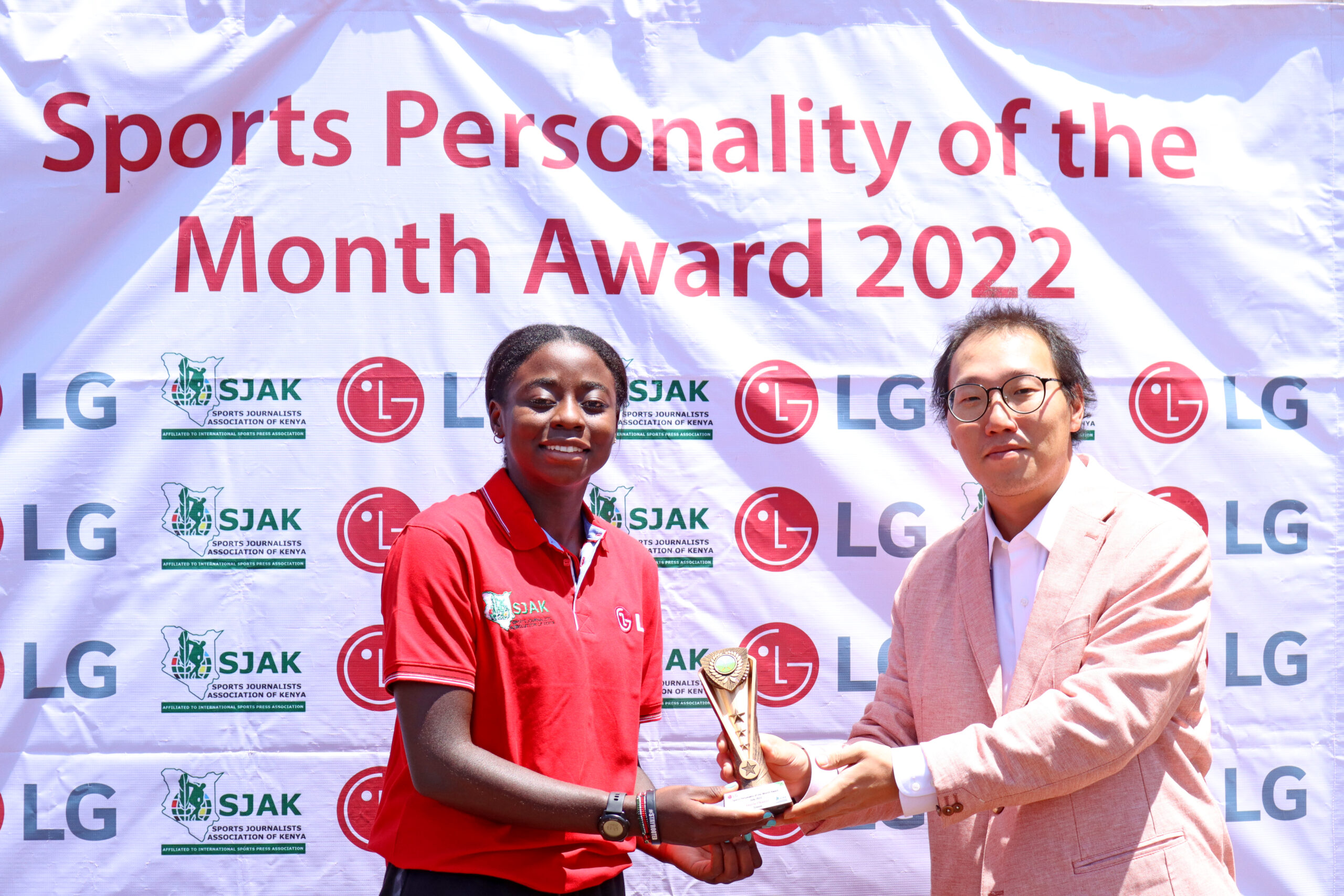 She became the first sportsperson to win the LG Sports sponsored award twice this year and three times overall since the inception of the award, following her success in January when she reached the third round at the Australian Open Juniors thus becoming the first Kenyan to win a girls’ junior singles Grand Slam match and another award held in January 2021.

Her Wimbledon triumph was a brilliant display of mental strength since she had exited the Singles category at the Junior Championships at Wimbledon in the first round. However she picked herself up to claim the doubles title alongside her Dutch teammate Nijkamp.

Okutoyi and Nijkamp stunned third-seeds Lucija Ciric Bagaric (Croatia)/Nikola Daubnerova (Slovakia) 2-0 (6-3, 6-4) in the semi-finals and started the final on wrong-footing as they lost the first set 6-3. However, they recovered in the second set, winning it 6-4 and never looked back.

They wrapped up the famous win with an 11-9 victory in the tiebreaker against the fourth-seeded Canadians.

In winning the July award, Okutoyi received a trophy engraved to her name and an LG Nanocell TV worth 120k.

Okutoyi was all smiles and here is what she had to say: “I am truly honored to win this award for the second time in a year and I wish to thank my partnerNijkamp  for her resilience through our campaign.”

“Being nominated  alongside Kenya’s long and middle distance runners and beating them is no mean achievement. A grand slam win has always been my dream, Now it’s no longer a dream but a reality ,” said the emotional Angela.

During the function, SJAK President  Chris Mbaisi thanked LG Electronics for their continued support towards development of sport in the country by whipping up the enthusiasm of Kenyan athletes across the board.

LG Electronics Marketing Director Changhyun Kim congratulated Okutoyi for her fairy tale feat saying “she is an inspiration to countless other sports personalities hoping to make it big at international level.

“As a brand, LG will endeavor to encourage our sports men and women through these awards to raise the bar higher as a way of recognizing their dedicated efforts in the lucrative industry.  It is that extra effort that has seen Okutoyi join the growing list of junior international tennis stars,” Kim underscored.