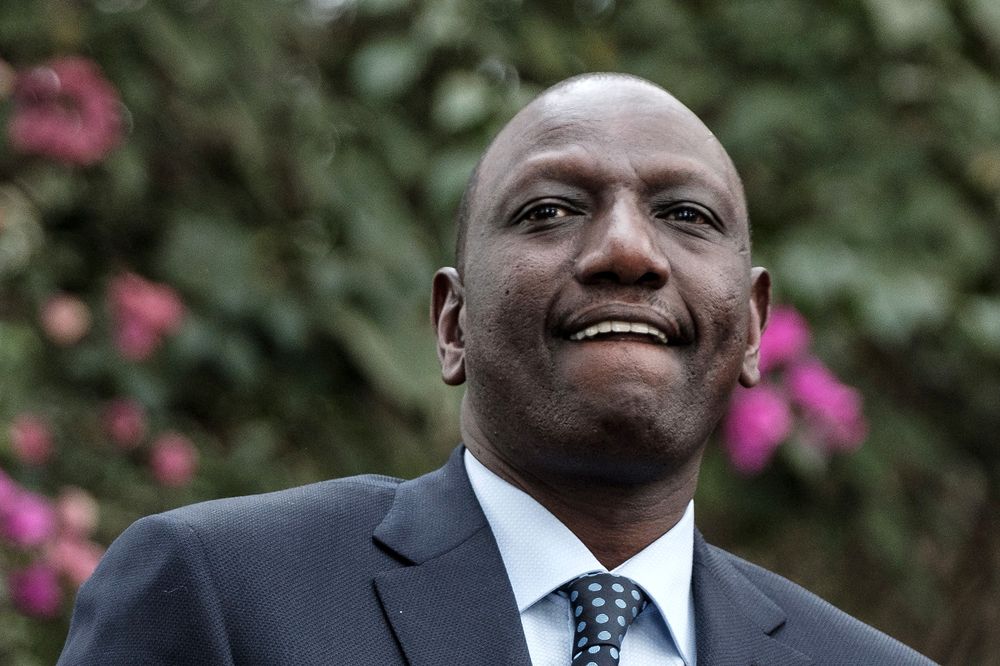 I have heard you lamenting against what you call the DYNASTIES and now the SYSTEM. Isn’t it the same SYSTEM you have been part and parcel of? Do you want us to forget that you have been using the SYSTEM to oppress other Kenyans? Are you forgetting very fast that you used the SYSTEM to deny Raila his victory in 2017 and reigned brutality and terror on innocent Kenyans whose only crime was raising their voices against electoral fraud? Didn’t you tell us to forget, accept and move on? Didn’t you appear on CNN and Aljazeera where you referred to NASA supporters as militia? Listen Mr Deputy President, we are not fools.

I would also like to remind you what a teary Senator James Orengo said in the Senate in early 2018 as the blood of butchered innocent NASA supporters was beginning to dry. He said “A time is coming, and very soon the SYSTEM will begin to eat its children”. Orengo literally shed tears as he resumed his seat after making that statement. “When they finally came for me there was nobody left to speak for me” explains why you are an isolated lone ranger only surrounded by unhelpful sycophants who are only excited by your wallet. They don’t have any useful contacts in their phone books. They can do nothing besides shouting in rallies and funerals. If it was Dr Sally Kosgey or Henry Kosgey or Frankline Bett or Zackayo Cheruiyot they would have been useful to you because they have contacts in what you call the SYSTEM.

In another article in early 2019, I had advised you to read two books: The Art of War by Sun Tzu and The 48 Laws of Power by Robert Green. The 48 Laws of Power by Robert Green is the gift that Raila Odinga delivered to former Mungiki Leader Maina Njenga while at Kamiti Maximum Prison. Today Maina Njenga knows what to say and do, where, when and how. Sun Tzu speaks of “red lines that must never be crossed, battles that must never be fought and towns that must never be attacked”. These two books would have really helped you to shape your amorphous, uncalculated and unmeasured ambition.

In the first term of the Jubilee regime, the SYSTEM bequeathed all the power to you. Uhuru pretended to be a fool, and you really took him for a fool. They watched silently as you used the power ambiguously to amass wealth and run roughshod on any body who dared cross your path. They watched in astonishing shock. They simply wanted to see how you would behave if given full power. It was a probation so to speak. They concluded that you were dangerous.

As an ordinary citizen who has the ability to read politics using the third eye, I warned you that in Kenya and anywhere else in the world, political debts are paid using a currency called “betrayal”. Nowhere does the Presidency come on a silver platter of a mere podium declaration of “yangu kumi, ya William kumi”. I think you must have been naïve. That declaration was just a political joke. Time has vindicated me.

As you go through the last phase of your destruction, you are making very fatal mistakes that are making it easier for what you call the SYSTEM to exterminate you completely and send you into political oblivion. Your mouth is your greatest enemy. With your unruly outbursts on twitter and their crude tone coated with bitterness and vengeance, they are succeeding in exposing you as a very dangerous, arrogant and unpredictable person. For them, it doesn’t matter if you galvanize the entire country to rally behind you by weeping sympathy. After all, Raila has been there and done that. In 2007, 6 out of 8 provinces voted Raila to the last man.

Honestly, I have never known what you stand for.

Your Excellency, As you navigate the last corner of your rise and fall, I hope that you will stop seeing and making your personal problems Kenya’s problems. I hope you will not take Kenya down with you. Your Presidential ambition is your personal pursuit and you must not make it look like our lives will stop if you don’t become President. Even Aukur Aukot, Dida, and other real hustlers will contest the Presidency. But they are not tormenting us with their quests. Your sense of entitlement to the Presidency is misguided.

Deal with your issues peacefully.