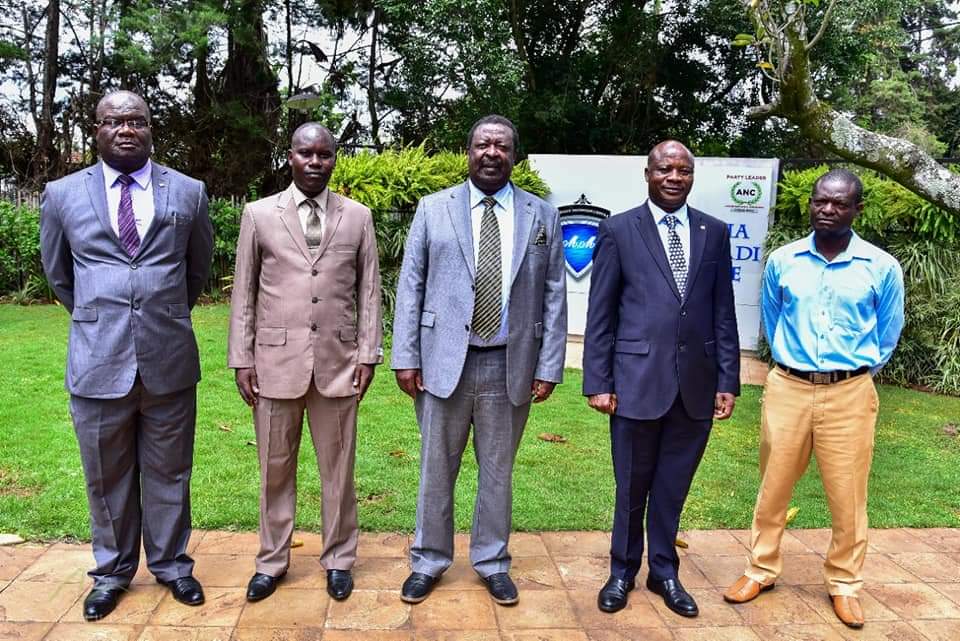 The long sought after luhya unity of purpose reality could be approaching thanks to WeKOL an initiative by Luhya professionals led by trade Unionist Isaac Andabwa and Richard Ekhalie as the teams spokesman.

A total of 100 Western Key Opinion Leaders (WeKOL) are set to attend a key Conference during the weekend of 24/25 September at a Kakamega Hotel.  The leaders (two) per each of the total 50 earmarked Mulembe Constituencies countrywide will converge in Western Kenya to launch a road map of the populous Luhya Community in regards to the forthcoming 2022 General Elections.
Under the auspices of Obulala Movement, the landmark Conference endeavors to forge Unity of Purpose for Socioeconomic and political Empowerment of the Luhya Community.
It’s a follow-up of the first one that took place in the same town considered to be the cradle of Western Kenya on the 20th of August 2021. A yellow card was issued to three key Mulembe Presidential Aspirants for lowering Mulembe Nation’s realistic chances of bagging 2022 presidency through their divisiveness and lack of a winning strategy, with a Red Card on the Card during the 24/25 September crucial meeting.

“I have been able to meet most of our luhya leaders, last week I meet my brother Hon Mudavadi and he was so receptive of our initiave to pull together so that just like our brothers in central, our numerical strength counts”
Andabwa said.
The earmarked Counties are Kakamega (12 Constituencies) Bungoma (9), Busia (7), Vihiga (5), Trans-Nzoia (5), Nairobi (7), Coast (3), and Nakuru (2) to make a total of 50 constituencies.

Richard Ekhalie, the Spokesman of the Western Key Opinion Leaders (WeKOL) Council and Chairman of Obulala Movement said that the Conference will be defining since it seeks to enhance the Mulembe Nation’s chances of winning the forthcoming Presidency through a well thought out Unity of Purpose Strategy.

“The Conference will also approve irreducible minimums (socio-economic and political) that the region will demand out of any partnerships with other blocs at the national level,”

The delegates will be irrespective of party affiliations and will seek to settle on the best presidential candidate that stands the best chance of bagging the seat at the hill. The leading contenders in no particular order are Hon Musalia Mudavadi (ANC), Senator Moses Wetangula (Ford Kenya), and Ambassador Hon Mukhisa Kituyi

Mr. Ekhalie averred that the initiative is on behalf of the more than 4 million Mulembe voters after the leading Mulembe Presidential Contenders and other Key Leaders failed to forge a working partnership that can inspire confidence among the Luhya voters to consolidate its base and seek win-win partnerships with other political formations countrywide.

“We shall make the Mulembe vote count in the 2022 plebiscite” concluded Ekhalie as he exuded confidence.
The Abaluhya Community is arguably the most populous tribe in the country but officially put at second place at 7 million people by the most recent national population census report. But its clueless weak leadership has kept it out of political power since independence.
The elusive sole presidential candidate, using a consolidated Luhya base, is expected to bargain and seek external national alliances with like-minded parties or coalitions with five irreducible minimums being the least of takeaways