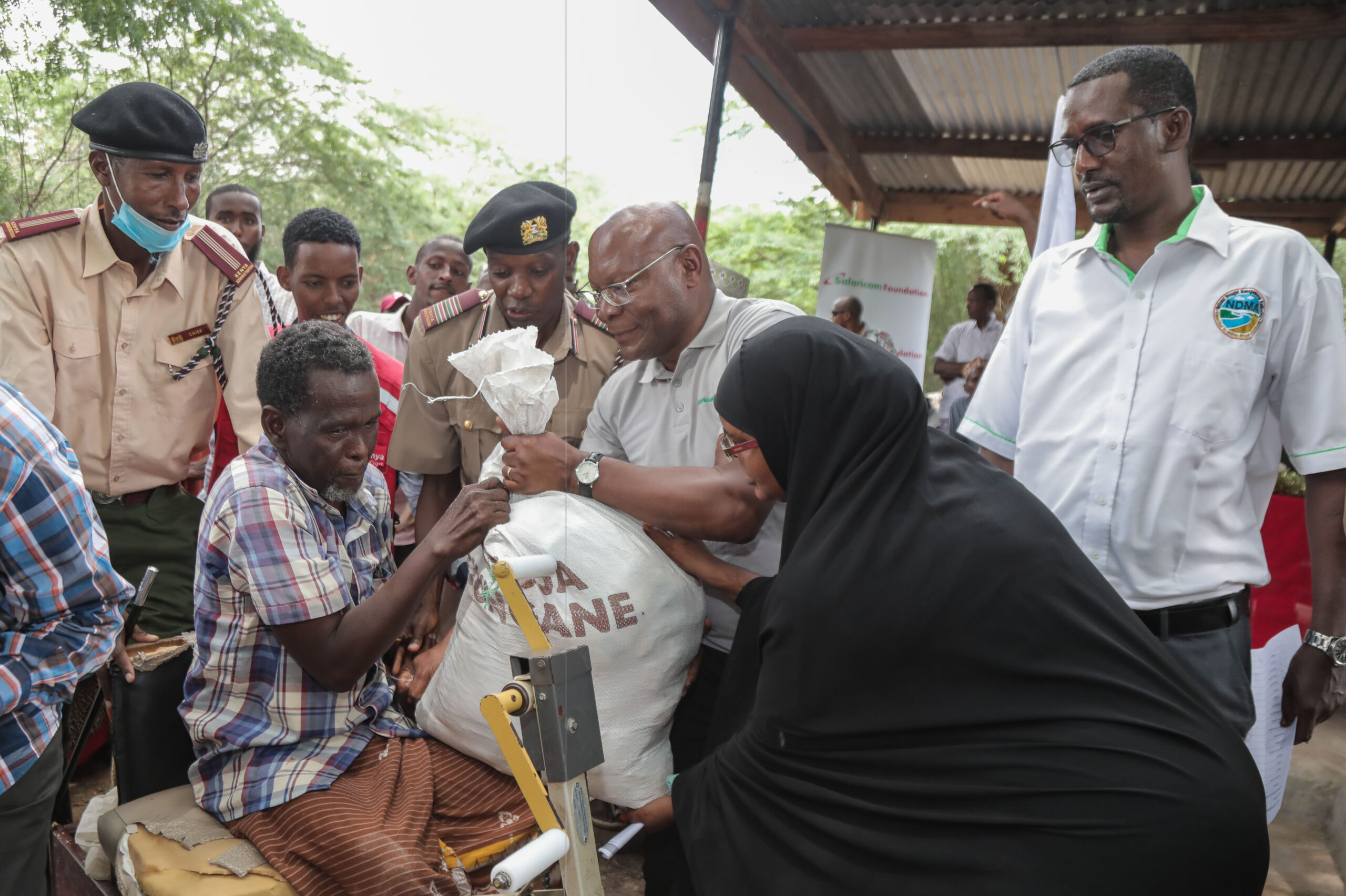 The Pamoja Tuungane initiative has distributed foodstuff to 4,000 households in Garissa County’s Balambala and Lagdera sub-counties as part of the ongoing drought response efforts.

The initiative, which was launched in April, has distributed food to over 100,000 Kenyans affected by drought in Garissa, Kitui, Kilifi, Marsabit, Laikipia and Isiolo counties.

“Through the Pamoja Tuungane initiative we have shown the true power of collaboration and what we can achieve when we come together. As we close this second and final phase, we urge Kenyans to contribute to the recently launched Wakenya Tulindane campaign so that we continue supporting those affected by drought,” said Karen Basiye, Executive Director, M-PESA Foundation.

“The government encourages partnerships that will uplift the lives of Kenyans and the Pamoja Tuungane campaign is a good example of what happens when we work together. We will do our part in ensuring that we reach Kenyans afflicted by drought in ASALs so that we save lives and livelihoods,” said Rebecca Miano, Cabinet Secretary, East African Community, Arid and Semi-Arid Lands, and Regional Development.

Earlier this week UNHCR, the UN Refugee Agency, announced that it had partnered with Safaricom to launch the #BongaForLife campaign to support drought-affected families in the Horn of Africa. The campaign will run throughout December and into the new year and will enable Safaricom customers donate their loyalty points by dialing *126#, selecting Lipa na Bonga Points and using Paybill number 329378 and account name Bonga to donate their Bonga points.

The committee is tasked with supporting government interventions to alleviate the effects of the ongoing drought. The taskforce is also mandated to work with the National Drought Management Authority and county governments to disburse cash transfers and offer relief services to at least 23 counties, which are hardest hit by the drought.

Kenyans can make their donations to the fund via M-PESA PayBill 880990 or via the National Drought Mitigation Appeal Fund under KCB Bank, Riverside branch through account number 1305486137.