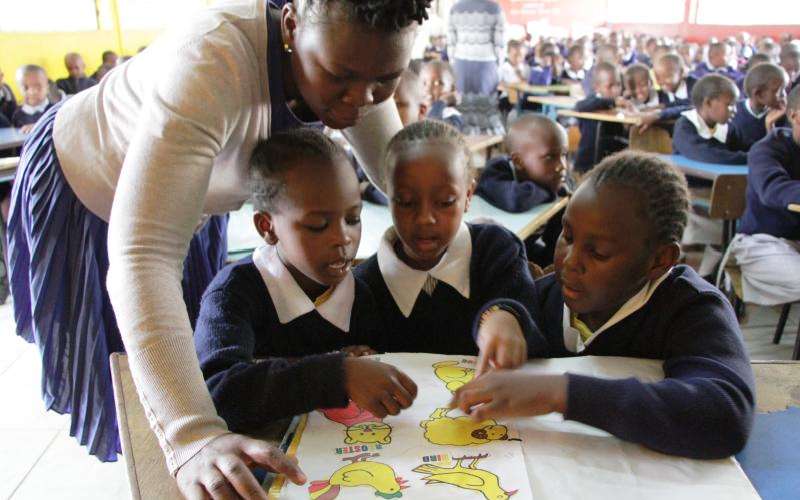 Parents Move to Court to Defend Competency Based Curriculum

The National Parents Association (NPA) will move to court to defend the Competency Based Curriculum (CBC) program in a case filed by those against it.

Addressing the press at at the Kenya Institute of Curriculum Development (KICD) after a parental empowerment and engagement forum on CBC, the NPA Chairman Nicholas Maiyo came out to commend the government for introducing the Competency Based Curriculum (CBC) amidst a flurry of criticism from Kenyans on social media in the recent weeks.

The association hit out at a section of citizens who have gone to court seeking the government to be compelled to scrap the program.

Mr. Maiyo added that NPA has since also instructed its Chief Executive Officer to move to court and seek to be enjoined in the case.

“As you may be aware, a group of citizens have sued the Government seeking removal of the CBC. Of course, as citizens we are always reminded that our beloved country is a robust democratic nation. We are therefore not surprised when some decisions of Government are drawn to the court’s attention once in a while,” he said.

“Our concern should only be over judicial proceedings that seek to bury our children’s career dreams and hinder national progress. We thus hope that first: whoever brought this suit bears the interests of our children at heart, is a parent with a child or children in public schools, is our member, spoke to us and we responded to them in earnest and is generally honest and sincere to the cause at hand.”

He further added: “Without a doubt, we will join the case. My Council has directed our Chief Executive Officer to move with haste and ensure the case does not proceed without us. This is because it is not lost before our eyes that some people in the society may come out shouting that they protect the child but bear no interest at all to do so.”

Mr. Maiyo urged parents to extend their full support to the government as far as the CBC program is concerned, adding that it is for the mutual benefit of both parties.

Mr. Maiyo said the CBC enables children to realize their talents early on, hence preparing them to be productive members of society as they grow up.

“We want our children to have the best education. We can go to great lengths and make enormous sacrifices to ensure our children achieve this objective. But we all know what good education is: good education is when learning increases a child’s creativity and helps them enjoy studying. At the end of it, learners should be knowledgeable, wise and productive citizens of the world,” said Mr. Maiyo.

“They should possess necessary competency in their minds and hearts. They should demonstrate their genuine ability under all circumstances. Their grades and certificates should not be mere accreditation on a piece of paper but accurate statements of their competence in the particular areas in which they are examined. To this end, the NPA shall be forever grateful to the Government for introducing the Competency Based Curriculum.”