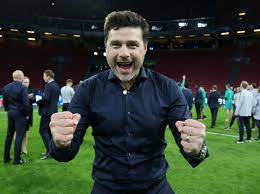 Argentine Mauricio Pochettino has signed a one-year contract extension with Paris St-Germain as the Head coach which will keep him at the club until 2023.

The former Tottenham Hotspur boss originally signed a deal until 2022 when the 49-year-old took charge in January.

Last season Pochettino led PSG to the Champions League semi-finals where they were knocked out by Manchester City, and they were beaten to the Ligue 1 title by Lille.

However, PSG chairman Nasser Al-Khelaifi is confident Pochettino is the right man to lead the club to more success.

“We are delighted that Mauricio has reaffirmed his commitment to the Paris St-Germain family,” he said.

Pochettino, who captained PSG as a player from 2001 until 2003, had been linked with a return to Spurs before Nuno Espirito Santo’s appointment.