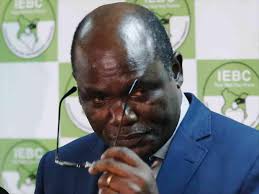 Parliament has been locked out of the process of selecting Independent Electoral and Boundaries Commission (IEBC) commissioners.

Parliamentarians were locked by a High Court order following petitions by the Law Society of Kenya (LSK) and activist Okiya Omtatah who argued that including MPs in the panel selecting IEBC commissioners would amount to a conflict of interest.

The judge agreed with LSK and the activist that MPs, through the Parliamentary Service Commission (PSC), cannot have a representative in the selection panel.

Justice Anthony Mrima was of the view that with the majority of members in the panel being from parliament, there was a likelihood of favouring some candidates.

Justice Mrima added: “It is not far-fetched to imagine the likelihood of the majority of the members of the selection panel nominated by PSC to favour some candidates during the nomination process. Such preferred candidates may eventually become commissioners of IEBC and their impendence would naturally be put to question.”

LSK and Okiya argued that PSC has no other role other than hiring parliamentary staff.

“Neither does the constitution nor the Parliamentary Service Commission Act give PSC power to select or control the selection of members of constitutional commissions and independent commissions including the IEBC,” Justice Mrima heard.

At the same time, Justice Anthony Mrima ordered MPs to set timelines for recruiting new commissioners to the electoral agency whenever a vacancy arises.

Although the judge found that the selection of Juliana Cherera, Francis Wanderi, Irene Cherop, and Justus Abonyo was against the law because of the presence of PSC in the panel, the judge declined to annul their appointments noting it would hamper preparations for next year’s elections.

“If this court makes an order that the four new commissioners do vacate office, then going by binding precedents, IEBC will lack a quorum to conduct its affairs. The effect of such an order will mean parliament will have to come up with another legislation and the process of selecting the four commissioners to begin afresh. If this court allows such to happen, then high are the chances that IEBC will not be able to prepare and conduct the next General Election,” Justice Mrima said.

MPs amended the IEBC Act and allocated PSC a slot in the IEBC commissioner’s selection panel. Justice Mrima noted the amendment dominated by PCS is likely to cause more doubt on IEBC’s independence to oversee a free and fair election.

“The IEBC Amendment Act runs counter that objective. The IEBC Amendment Act instead creates a scenario of suspicion not only on the commissioners to be appointed but also the eventual independence of the IEBC. It is clear beyond any peradventure that the selection panel was dominated by nominees by the PSC.