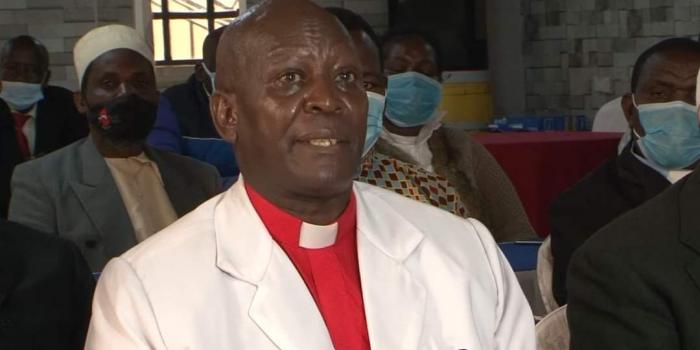 The church has joined the race to State House with a little-known pastor declaring his candidacy for president in the forthcoming general elections in 2022.

The man of God, who was born and raised in Githunguri, Kiambu, and once served in the General Service Unit investigation department for four years starting in 1986, claims he is ready to take over the mantle from President Uhuru Kenyatta.

According to the Bishop, Kenya is at at a crossroads as the economy has been on a downward spiral.

“We are at a defining moment when we are at war against the economic down trend and broken aspirations, “ the bishop said on Sunday. “My government, once elected will work for a new dawn with clearly spelt out policies”

Karanja claims that if he is elected, his government will abolish both the HELB and Bursary funds, replacing them with a free educational system from kindergarten through university.

“I will do away with thieves, and illicit liquor as well as, we are taking over the government next year, we do not want politicians now,” the Bishop said on Sunday.