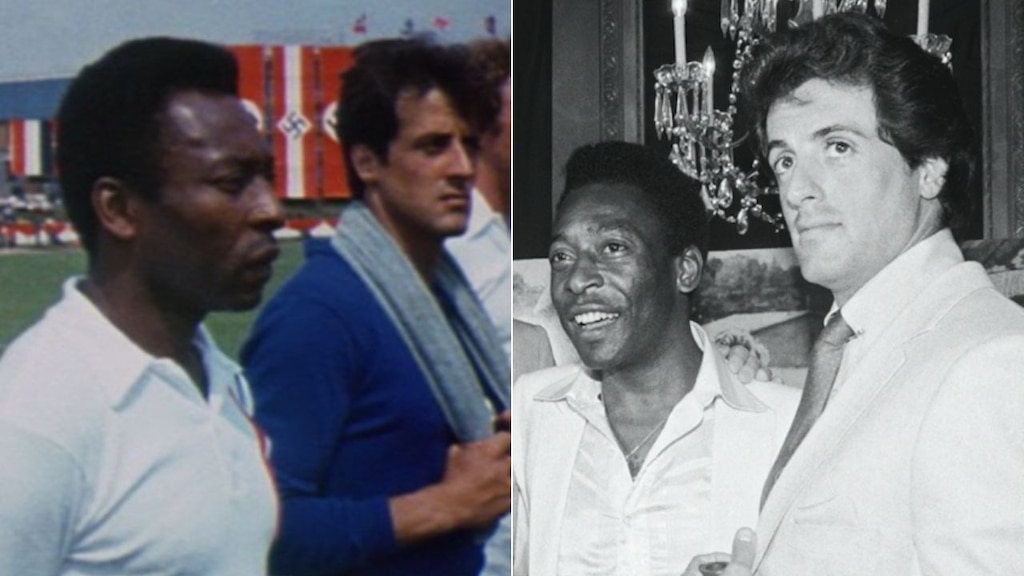 Pele: When Legend and Sylvester Stallone Acted in ‘Escape to Victory’

Memories of his path crossing with acting legend Sylvester Stallone have resurfaced.

Many people might have forgotten or do not know about it, but Rocky and Pele once escaped from a Nazi prisoner-of-war camp. Yes, this is an exaggeration, but Sylvester Stallone and Edson Arantes do Nascimento starred in one of the great football films Escape to Victory, released in July 1981.

The synopsis, according to the Internet Movie Data Base (IMDb), describes how the head of a German prisoner-of-war camp organizes a match between Nazi players and their Allied captives.

“Orchestrated as a way to push the Third Reich agenda, the high-profile game is set to feature an international team led by John Colby (Michael Caine), a veteran British player. While the team, which also includes Luis Fernandez (Pelé) of Trinidad, trains for the match, Robert Hatch (Sylvester Stallone) plans a dangerous mass escape from the camp.”

On a budget of $10 million in the 80s, the film was a box office success, making $27.1 million during its theatrical run. In today’s money, that is $32.3 million in costs for $87.5 million in box office ticket sales. It enjoys a satisfactory 6.6/10 rating on IMDb while being certified at a ‘Fresh’ 63% on Rotten Tomatoes.

The 82-year-old Pele was recently hospitalized as he battled colon cancer, with ESPN reporting that his health had improved but others saying the treatment was no longer working.