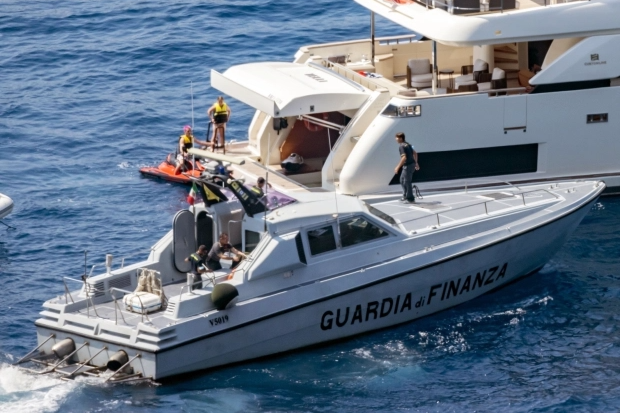 PHOTOS: David Beckham is ‘quizzed by police in Italy after his children Cruz, 16, and Harper, 10, jet-ski off luxury yacht on the Amalfi coast’

David Beckham was reportedly quizzed by police in Italy after his children were seen jet-skiing off a luxury yacht on the Amalfi coast. 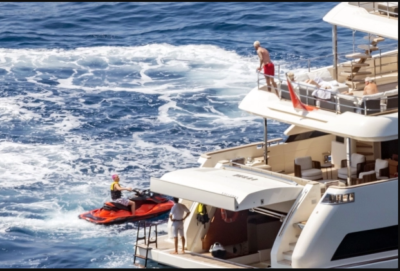 In pictures obtained by The Sun, the footballer, 46, was spotted chatting to officers after his children Cruz, 16, and Harper, 10, were seen jet-skiing.

A witness told the publication: ‘The kids are quite young. You are meant to be 18 to jet-ski in Italy, Cruz and Harper had just started jet-skiing, and five minutes later the police boat arrived.

‘David was sun-bathing and he immediately left the deck and went downstairs to deal with it. 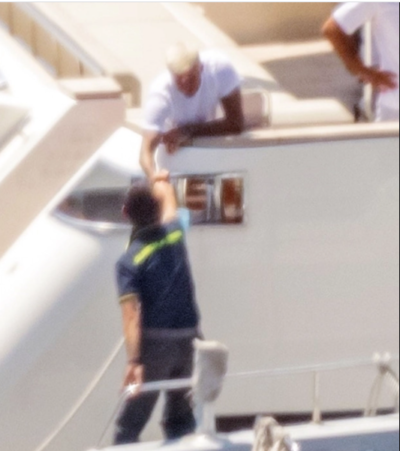 ‘Both Cruz and Harper were wearing life-jackets and staying very near the yacht so it is hard to see what the problem was.’

The source added that when the police arrived, David called the kids back to the yacht and they anchored the jet skis.

The publication goes on to report that the group chatted ‘amicably’ for just under an hour, with David at one point showing the officers documents.