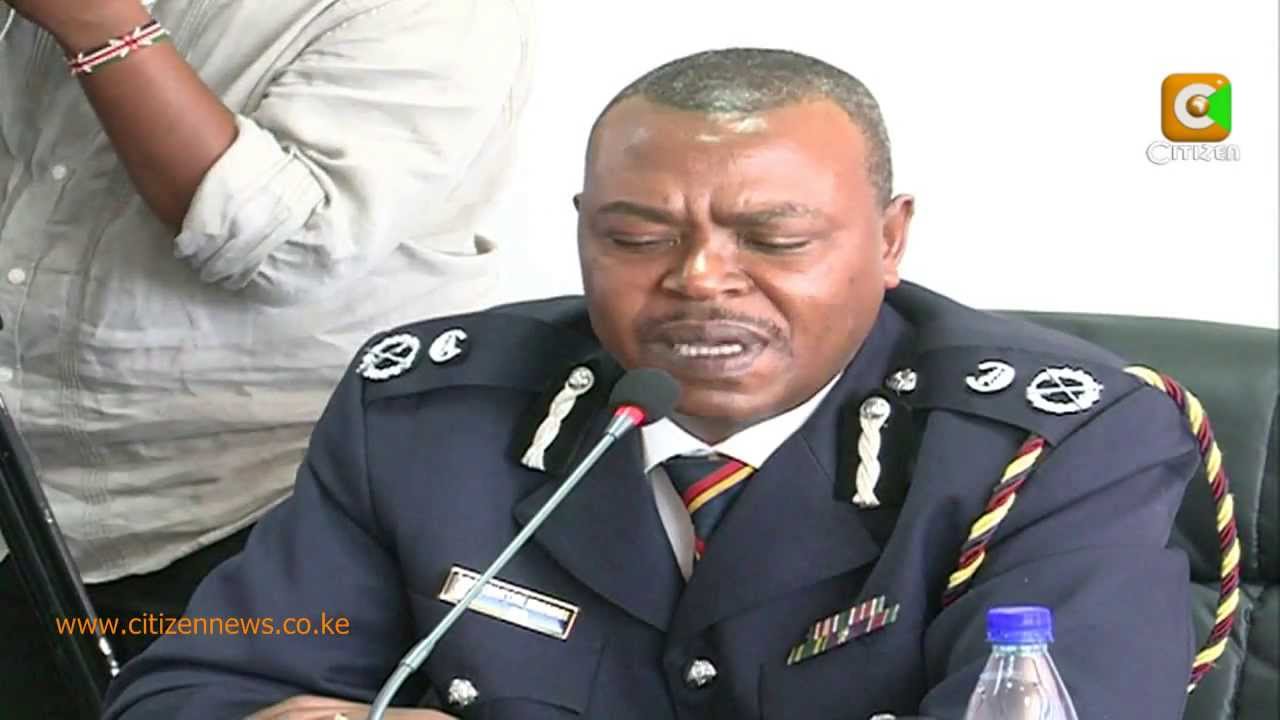 Former Nairobi Police regional commander and Kenya Police College Commandant Kingori Mwangi injured pedestrians while driving on the wrong side of the road.

According to the police, the officer was trying to avoid a traffic snarl between Sunshine School and Carnivore Junction by driving on the wrong side of the road when he hit two pedestrians who were crossing the road.

Flora Mwongeli, a police officer based in Langata, was on patrol when she saw a vehicle speeding on the wrong side of the road with a dozen motorbikes hot in its wake, according to a police report seen by Kenyaonlinenews.com.

“She noticed something was amiss and sped off following behind and on reaching Langata barracks area, she found the motor vehicle already cornered and the driver being subjected to beating,” the police report explains.

She intervened whereupon she discovered two people, a man and woman who had been cornered by the boda boda riders. The driver was being beaten.

“She intervened and saved the driver and a lady passenger but the driver had already suffered minor bruises on the lips and arms,” police officers apprised of the matter say.

According to the report, the policewoman accompanied the two to the Langata police station, where it was discovered that the driver is Mr Zackary King’ori Mwangi S/AIG, who works for the Ministry of Foreign Affairs.

According to the police, the officer was trying to avoid a traffic snarl between Sunshine School and Carnivore Junction by driving on the wrong side of the road when he hit two pedestrians who were crossing the road.

“The two pedestrians suffered multiple injuries and rushed to Kenyatta National Hospital in serious condition by a good samaritan,” the report explains.

Kingori’s vehicle was damaged on the front bumper as a result of the accident, but the riders also further destroyed the windscreens on the left side.

In his statement to the police, the officer said that he was leaving the Karen hospital to pick up a person in distress when the accident happened.

Govt Reinstates Mandatory Wearing Of Face Masks In Confined Spaces
RAILA ODINGA reveals that he was the one who designed the Nairobi Expressway – I am the brain behind the multibillion-dollar project!
Matiangi: Why Ruto is bitter with IG Mutyambai
Electoral Commission Opposes Non Degree Candidates from Contesting
The president of republic of Kenya gives his 8th address to the nation at last
National News 30 Kingori Mwangi 1