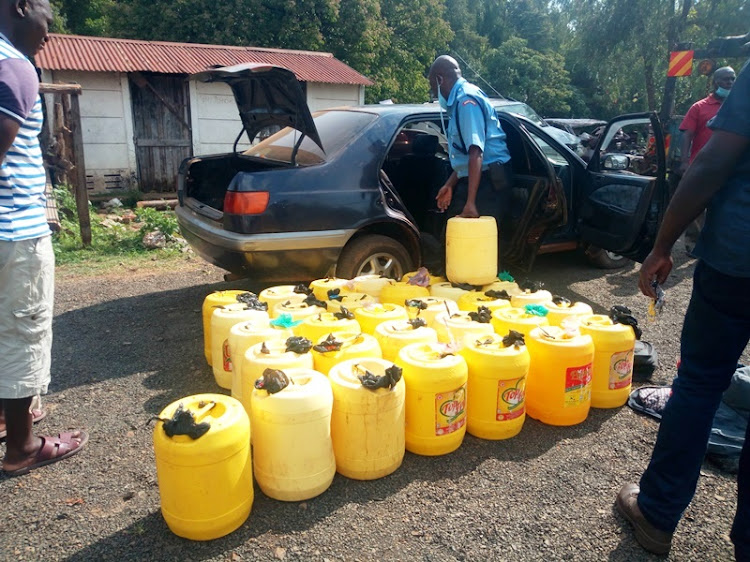 Chang’aa worth Ksh.500,000 has been nabbed in Nairobi’s Kayole  residential house in Soweto estate.

A woman found with the consignment in the house was arrested and is awaiting arraignment at the Makadara Law Courts on Monday, September 27th, 2021.

Five other people who were found drinking within the same area are also in police custody.

According to Njiru sub-county OCPD Paul Wambugu, the consignment included 530 litres of the illicit brew in jerrycans and some more packed in polythene bags.

Wambugu, the supplier of the brew has been on the run since the operation.

The OCPD said they took action after they were tipped off by members of the public that two saloon cars had dropped off the illicit brew at the residential.

The OCPD urged parents to be vigilant as cases of young girls and boys consuming illicit brew has been on the rise in recent times.