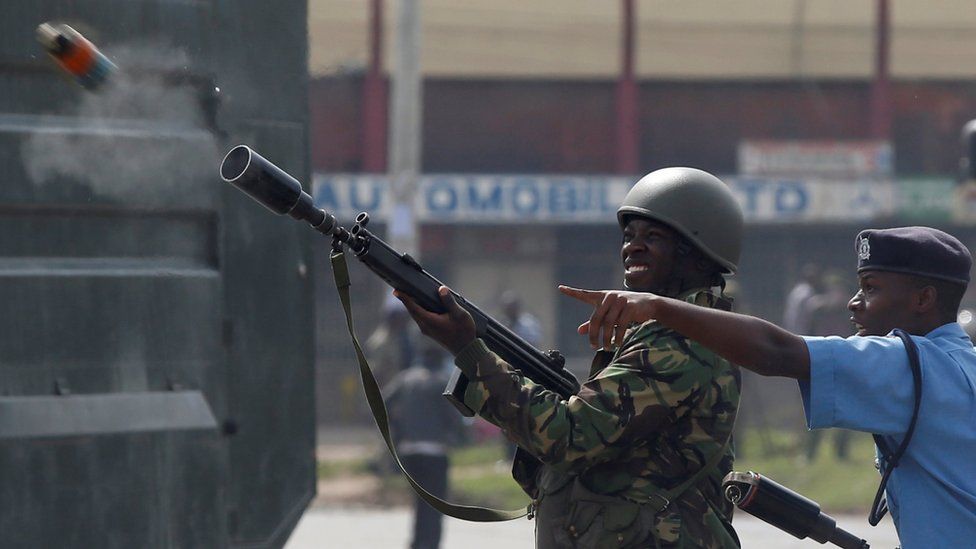 A police officer believed to be behind the teargas explosion that prematurely ended the Azimio Presidential running mate Martha Karua’s rally in Kisii County on Thursday, June 30, 2022.

The rally which was attended Karua and Mama Ida Odinga wife to Azimio’s presidential candidate Raila Odinga had attended a rally at Gusii Stadium when the teargas explosion threw the meeting into disarray.

In a statement, police say preliminary investigations have brought one person to book.

“National Police Service (NPS) wishes to inform the public that preliminary investigation into the discharge of the teargas at the public meeting presided over by Martha Karua has established that the person responsible for the incident is a police officer.”

The police officer is in custody assisting with investigations.

Karua had taken to the podium to address the rally held at Kisii Stadium when the explosion occurred.

She was forced to exit the podium and walk back to her car leaving the venue of the meeting without addressing supporters.

The crowd that had gathered at the Stadium was forced to scamper for safety throwing the meeting into disarray.