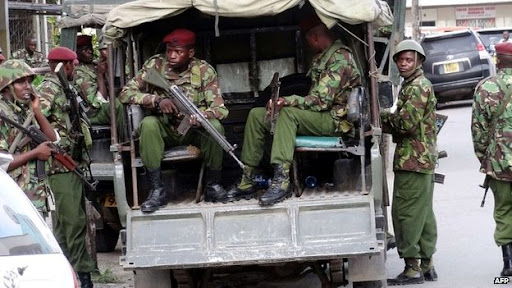 Police officers transferred to Tana River county have failed to report to their new stations amid concern over the volatile security situation in the area.

In a letter addressed to Police headquarters in Nairobi and copied to several police commanders, Tana River County Police Commander Karisa Mwaringa raised fears of a possible security crisis because of the failure of the officers to report to their new stations.

Mwaringa asked Police headquarters to stop the salaries of the “defaulting” officers with immediate effect.

The officers, drawn from various stations across the Coast region, are still in their previous workstations months after receiving transfer letters.

According to the letter, Mombasa County is leading in the number of defaulters followed by Kilifi.

Police officers who spoke on condition of anonymity raised concern over the lack of hardship allowance despite working in an operation area.

“The threats from the militants operating in this area is real and we have witnessed our colleagues lose their lives in the line of duty. That is why I am hesitant to report after I received my transfer letter in March,” said one of the officers.

Other officers cited logistical challenges, lack of training, poor remuneration and lack of morale for refusing to report to their new stations.

“Let the National police service come out and tell Kenyans how many officers have deserted duties upon being transferred to this area,” said another officer.

In the letter dated November 22, the county police commander noted that more than 74 police officers who had been deployed to Tana River County were yet to report.

“The following officers were deployed to this county as shown below but they have not reported and no communication was made to explain otherwise. This command released the officers who were deployed out and are supposed to be replaced by the undermentioned defaulters despite the area being an operational area. To avoid running short of the strength in this command, I am kindly requesting for the release of the officers to report to their new stations,” it reads.