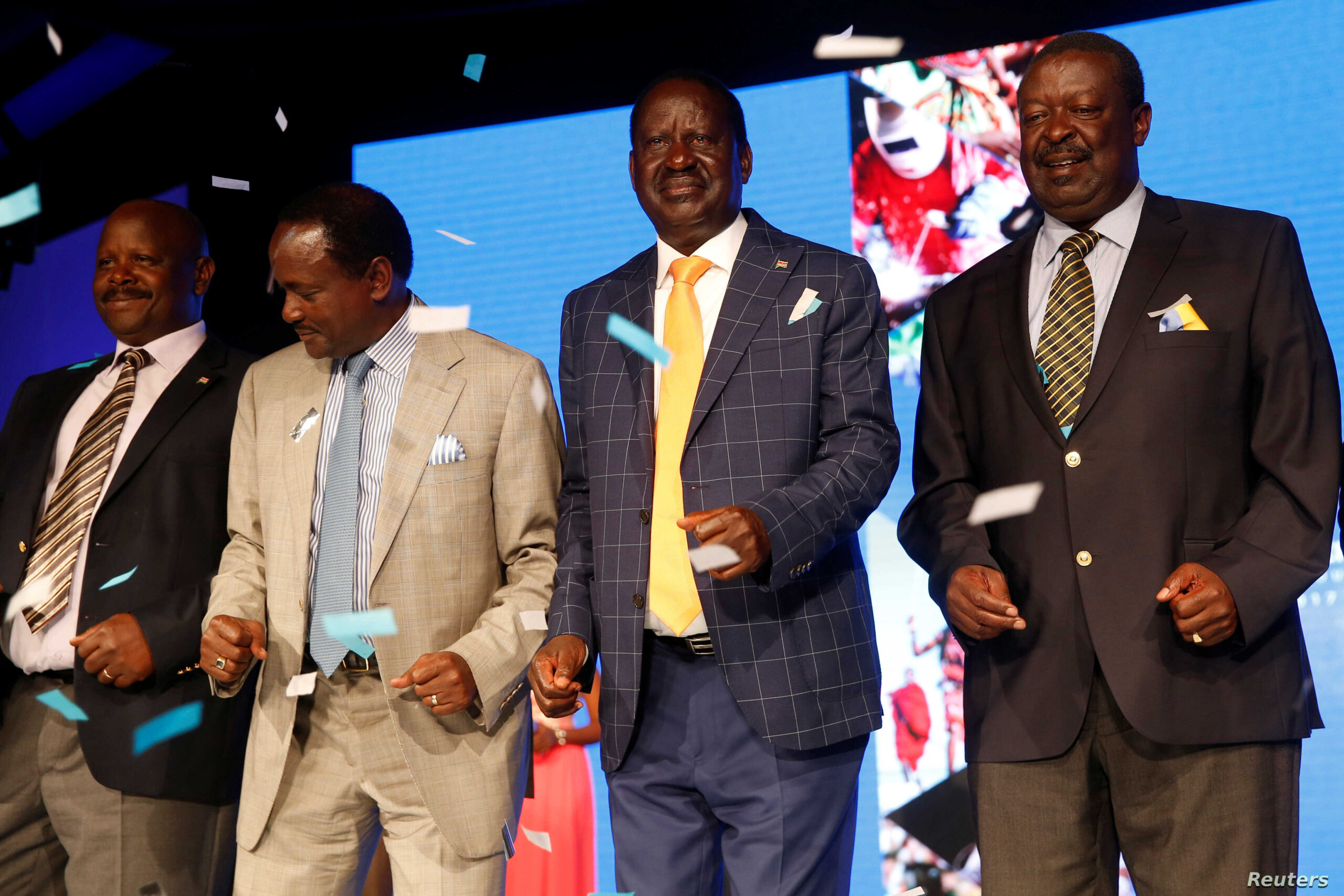 The dissolution of the NASA Coalition was effected by the Registrar of Political Parties after Wiper, Amani National Conngress (ANC), Ford Kenya and Chama Cha Mashinani (CCM) wrote formally to the office withdrawing from the coalition.

“This Office shall, in line with Regulation 22 (2) of the Political Parties (Registration) Regulations, 2019, publish a notice of the dissolution in two newspapers,” Nderitu said.

According to Article 15 (1) of the Coalition Agreement, the coalition shall stand dissolved where any three of the coalition parties decide to leave the coalition.
On July 29th, 2021, Odinga’s Orange Democratic Movement (ODM) has announced its exit from the National Super Alliance (NASA).
The party resolved to ditch the coalition after holding the National Executive Council meeting on Thursday, July 29.

“We hold that NASA is in the past. To further demonstrate this point, the NEC of ODM has today (Thursday, July 29) resolved to formally exit the NASA coalition,” ODM’s Secretary-General Edwin Sifuna said.

The four parties accused ODM of betrayal and shortchanging them on the sharing of political parties’ funds.

In a joint press briefing on August 3, 2021 Wiper, ANC and Ford-Kenya party leaders announced their resolution to leave the NASA coalition, adding that they would engage other parties as the One Kenya Alliance (OKA).