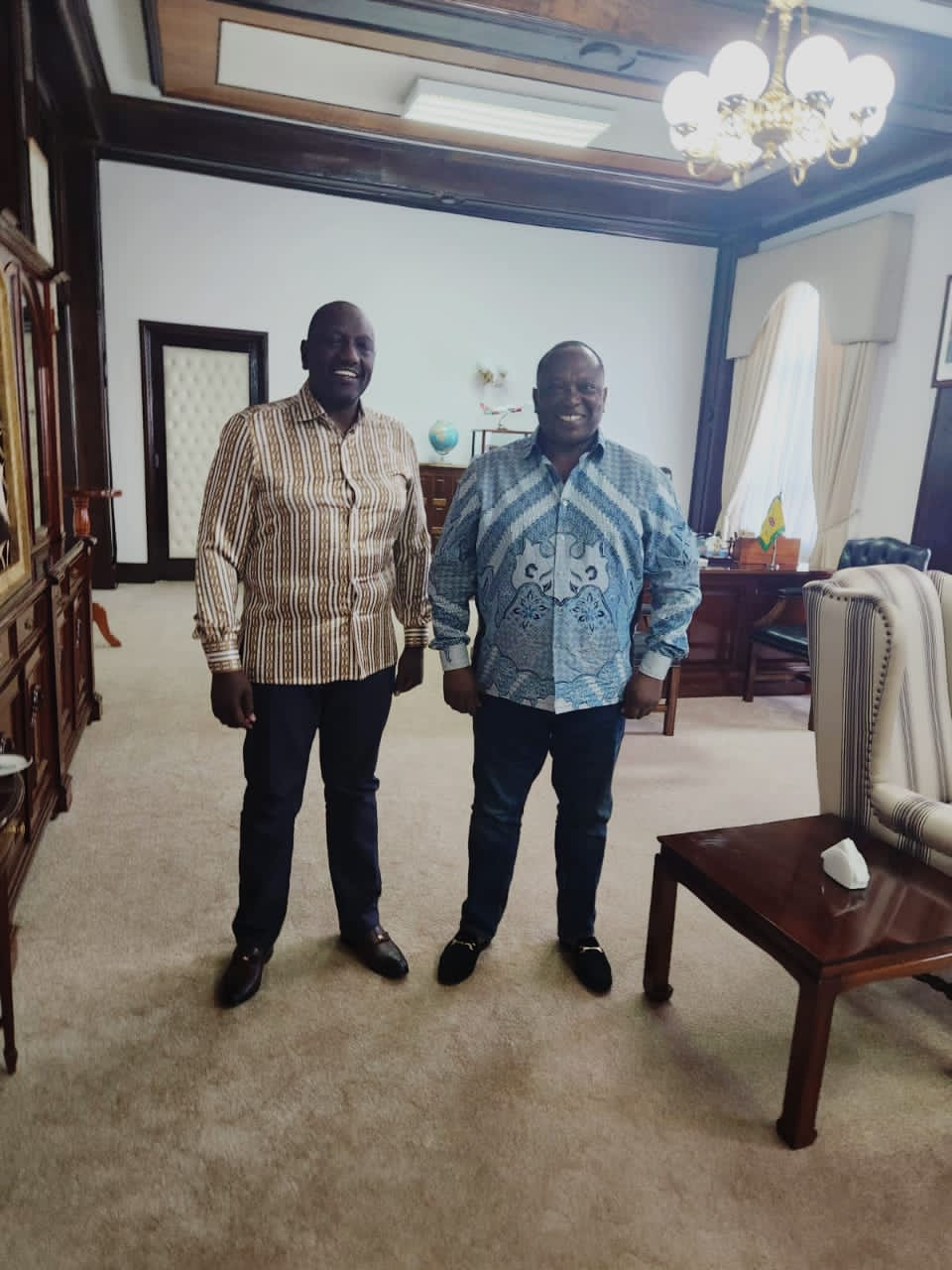 Sunday 23nd October 2022: The Kenya National Chamber of Commerce and Industry (KNCCI) president Richard Ngatia yesterday paid a courtesy call to President H.E Dr. William S. Ruto where he presented the needs of the nation’s business community to the head of state.

The discussions held between President Ruto and Ngatia were centered around engaging SMSEs along the government’s development plan using the bottom-up approach.

The President and KNCCI resolved to work in tandem to ensure that the business community has access to financial capital, a fair market, and a friendly business environment to realize development and put money in people’s pockets.

According to Ngatia, the talks with the President were a first in breaking the glass ceiling for Kenya’s businesses and opening up the economy which will look at every business as an equal partner in nation-building.

“The President is very committed to the business community and has promised to work with the chamber to ensure that we empower our business community to make sure they make a profit, pay their taxes and contribute to the growth of Kenya’s economy. We are very happy that we have a President who is passionate about business and has a special focus on empowering the agribusiness economy which is a key driver to the country’s growth domestic product (GDP) but has been overlooked for years on end,” Ngatia said after the meeting at State House.

President Ruto has said that to revamp Kenya’s economy, the government will roll out, by December, the hustler fund which will be available to Sacco’s and cooperative societies in the country to ensure that people have access to affordable credit and can transact their business with ease.

In the meeting yesterday, President Ruto and Ngatia agreed to work together under KNCCI to see that Kenyan businesses have market access to the great lakes region and the continental trade area. Ngatia is also head of the 12-country great lakes region trade block and has trade links with foreign countries in the Gulf region like the United Arab Emirates and the Kingdom of Saudi Arabia.