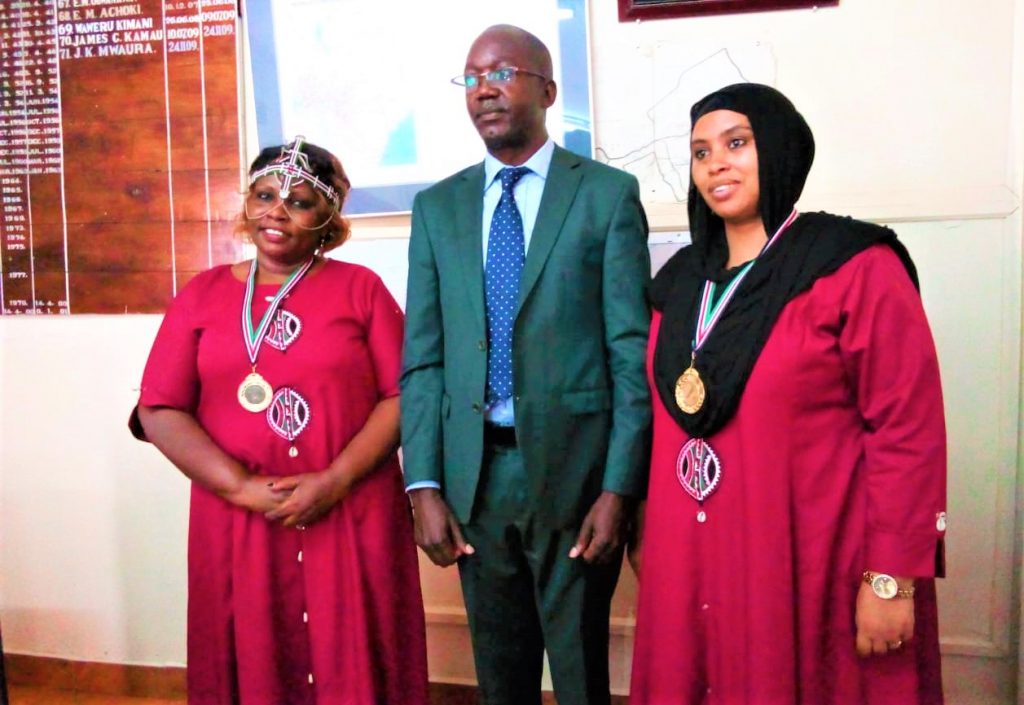 The two women were honoured by the president of the republic of Kenya,Uhuru Kenyatta during the mashujaa day celebrations that happened on 12th December 2021, at Wang’uru stadium in Kirinyaga county.

Lucy Mworia, who has eyes for Isiolo North MP seat, has contributed immensely in peace building as well as championing for education of young girls who had dropped out of school. Halima Golicha has done well in preventing violent extremism .

Geoffrey Omoding, Isiolo county commissioner, praised the two women for their sacrifices to their communities.

“Isiolo used to be a hotbed for violent extremism but the efforts put in place by such champions have seen it greatly reduce,” said Omoding. 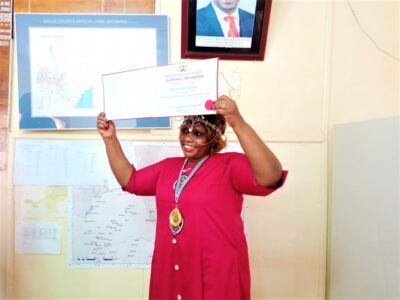 The County commissioner went ahead to point out that the approaches brought about by the peace builders had contributed to a reduction in political temperatures in the county therefore ensuring peaceful coexistence between communities living in the county.

“Mworia brought a different approach in the community and we are happy that it has ensured all communities live peacefully,” Omoding said.

Mworia urged all stakeholders to join hands and ensure that all children and especially those from vulnerable families access quality education.

“I have received the award on behalf of Isiolo people and I did not get it because I am better than the rest. It is all about changing the lives of our community in our small ways,” said Mworia.

Golicha urged locals to shun violent extremism as they had seen the negative implications it had created on the lives of young people and their families.