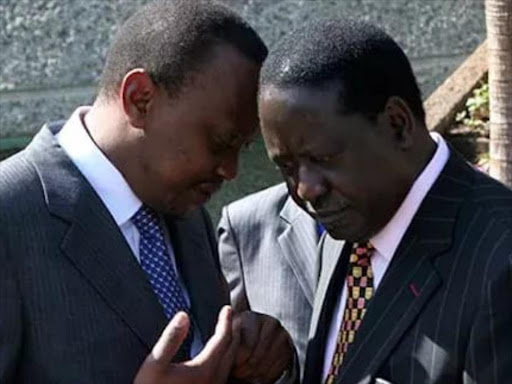 The Building Bridges Initiative (BBI) has come to an end after a seven-judge bench ruled that the quest to change Kenya’s Constitution was not procedural.

Chief Justice Martha Koome, Justices William Ouko, Isaac Lenaola, Smokin Wanjala, Mohamed Ibrahim in their statements, said the popular initiative route is reserved for Wanjiku and not holders of the offices in the Executive or the Legislature.

A majority of the judges found that the basic structure doctrine of the Constitution does not apply in Kenya.

Attorney-General Kihara Kariuki, the IEBC, and BBI co-principals Uhuru Kenyatta and Raila Odinga had filed an appeal at the apex court after the Court of Appeal threw out the BBI push.

Chief Justice Martha Koome said the 2010 Constitution has been “resilient” to survive 21 unsuccessful attempts at changing it. She said 19 of these attempts were through the Parliamentary initiative, while two were through the popular initiative route.

On his part, Justice William Ouko said the 2010 Constitution is “self-regulating”. “The limitations to its amendment must be sufficiently-specific and unambiguous,” he said.

The judges, all of them, held that a sitting president is immune to civil litigation.

Chief Justice Martha Koome said the lower courts’ judges, who found that President Kenyatta could be sued in civil disputes, erred. “The implication of this (allowing civil suits against a sitting president) is far-reaching, and therefore calls for a very careful analysis and consideration by this court,” she said.

“The exercise of public power by the president can be challenged in a court of law by suing the Attorney-General through an action of Judicial Review or Constitutional petition,” she added.

Justice Isaac Lenaola agreed with her.

On whether the proponents of the BBI overstepped their mandate by apportioning 70 new constituencies, the judges found that the IEBC’s role was usurped by the seconders of BBI.

Directly allocating and apportioning constituencies usurps the mandate of IEBC, an independent constitutional Commission, [and in essence], removing the possibility of Judicial review of the delimitation,” said Koome, adding: “Delimitation of constituencies must be accompanied by a process that is fair and just.”

There was division on the contentious issue on public participation.

Justice Njoki Ndung’u averred that the appellants proved that there was public participation during the BBI roll-out.

Justice Smokin Wanjala said there was no evidence of adequate public participation in the BBI process.

“A process cannot commence with the collection of signatures. Surely, the people must be appending their signatures to something – either a draft Bill or a general proposition. I conclude, therefore, that there was no meaningful public participation,” said Wanjala.

Jusice Mohamed Ibrahim agreed with Wanjala – that the respondents did not provide proof that the BBI process was subjected to adequate public participation before it was escalated to the county assemblies and the bicameral Houses of Parliament.

On whether the IEBC was properly constituted during verification of signatures, a majority of the judges found that the electoral board had enough commissioners to oversee the exercise. Justice Mohamed Ibrahim, however, differed.

This BBI verdict, which is the last in the lawsuit stream, deals a blow to President Uhuru Kenyatta and Raila Odinga’s pet project, which was meant to expand the Executive and introduce the posts of a prime minister and two deputy prime ministers.

Had the Bill passed, Kenya would have had 70 new constituencies in the upcoming general election and a higher number of female lawmakers in the bicameral Houses of Parliament.

Raila Odinga is on the record saying “reggae (BBI) is on half-time”, and that he will, in future, reintroduce the push to change the Constitution.

-Six out of seven judges ruled that the basic structure doctrine does not apply in Kenya. Justice Mohamed Ibrahim dissented.

-On whether the constitutional amendment Bill was unconstitutional, Justices Isaac Lenaola and Njoki Ndung’u dissented.

-All the seven judges (unanimously) held that a sitting president cannot be subjected to civil litigation.

-All the seven judges also held that there was no obligation on the IEBC to ensure that promoters of the constitutional amendments conducted adequate public participation before escalating the Bill to the county and national assemblies.

All except Justice Mohamed Ibrahim ruled that the IEBC, with three commissioners, had the requisite quorum to verify one million BBI signatures.

-Each party should bear own suit costs.