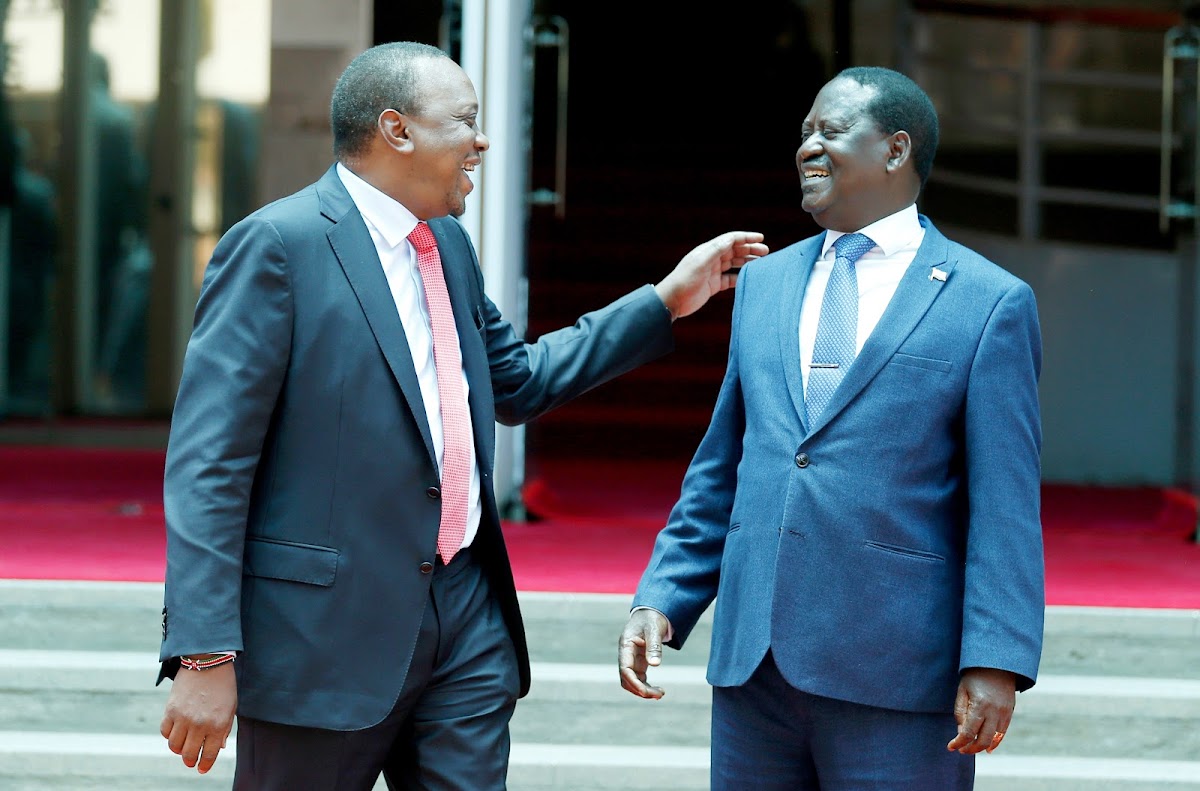 This is after Azimio la Umoja Coalition was gazetted by the Registrar of Political Parties Ann Nderitu.

The coalition brings together 26 parties that are supporting the presidential bid of ODM leader Raila Odinga.

The Party leader is Raila Odinga, Raphael Tuju is the Executive Director and Suna East MP Junet Mohamed serves as a Council Member and the Secretary-General of the National Coalition Executive Council.

Junet Mohammed, who is the Secretary-General, will be deputised by Ugunja MP Opiyo Wandayi, Narok North MP Moitalel Ole Kenta, and Isabelle Wangechi.

The Party’s abbreviation will be “Azimio” and the slogan is “Azimio: Inawezekana”.

The symbol of the Party will be five stars against a blue background in the midst of the words Azimio la Umoja One Kenya Coalition Party.

The theme colours are blue, orange, and white, and the headquarters will be at Azimio House on Dennis Pritt Road, Nairobi.

The governing body of the Party will be led by President Uhuru Kenyatta as the chairperson.