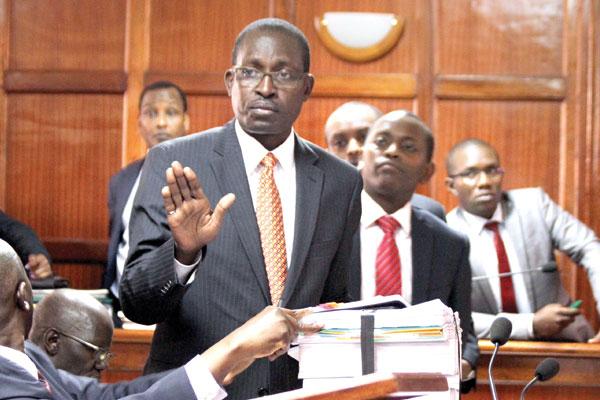 One of the lawyers in President Uhuru’s legal team at the International Criminal Court (ICC) Evans Monari is dead.

Monari  died on Monday, October 4th, 2021 night at the Nairobi Hospital’s Intensive Care Unit after a long illness said to be battling multiple complications of his internal organs.

The deceased is an advocate of the High Court of Kenya and was a Partner in Coulson Harney, Advocates where he was the Head of Dispute Resolution and Arbitration.

Monari has been the co-vice chair of the International Bar Association Africa Forum, representing the Law Society on the Board of the Council for Law Reporting.

President Uhuru Kenyatta has sent a message of condolence to Monari’s family.

In his message of comfort, the President mourned the departed lawyer as a solid and dependable legal mind who leaves behind a rich legacy of professional success.

“It is regrettable that we’ve lost Evans to the cruel hand of death after a long illness. He was one of our country’s leading lawyers who distinguished himself as a dependable resource as seen from his successes,” the President mourned.

Alongside his stellar legal practice, lawyer Monari served in several public appointments among them the 2016 Independent Electoral and Boundaries Commission (IEBC) selection panel.

The Head of State wished the family of the departed lawyer God’s comfort as they come to terms with his passing away.