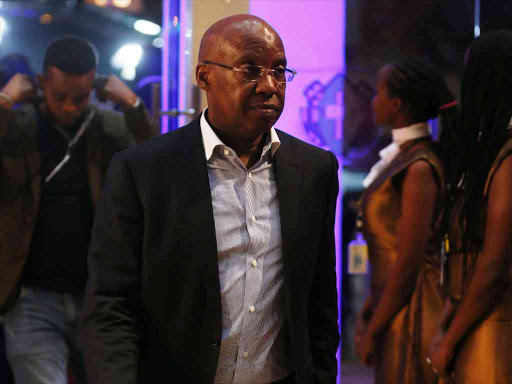 Businessman and 2022 presidential candidate Jimi Wanjigi has been arrested after 20 hours siege.

Wanjigi came out of his Kwacha offices in Westlands, Nairobi at 5:15pm Tuesday, January 18, 2022 and surrendered to the police who had surrounded his office.

He was, thereafter, bundled into a waiting police vehicle and driven to Kamukunji Police Station.

The businessman surrendered after police attempted to use sledgehammers to break into his offices, where he’d been holed from 11:30pm on Monday.

A contingent of more than 20 anti-terror and regular police officers had camped outside the tycoon’s offices, citing an arrest warrant against the businessman.

Authorities claim an illegal land deal, which Wanjigi is allegedly linked to, led to the 18-hour police action that came to a close on Tuesday evening.

Wanjigi, however, claims his political stance could have led to his woes.