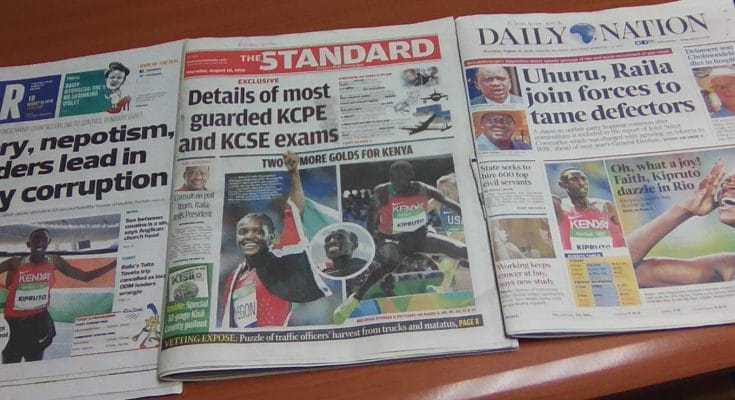 Kenyans have adapted more to Online Newspapers than the traditional print media. According to The Economic survey 2021 shows that hard copy Newspapers have been on a steady decline for the last five years. The Covid-19 pandemic further aggravated the matter in 2020 as more Kenyans adapted to online operations to curb the spread of the virus.

According to the report, 62.9 million copies of daily English newspapers were circulated in 2020 compared to 94.3 million sold in 2016.The main hard copy publications include the Nation, the Standard and The Star Newspapers. Only 3.5 Kiswahili Newspapers were sold in 2020 compared to 4.4 million in 2016. The main Swahili publication in the country is Nation Media Group’s Taifa Leo.

How to remove your personal information from google
DIFFERENCE BETWEEN SMART TV AND ANDROID TV
How to Increase your Fuliza Limit
The Energy Petroleum Regulatory Authority (EPRA) Is Seeking To Hire Digital Influencers, Check Requirements &How To Apply
Tech 5