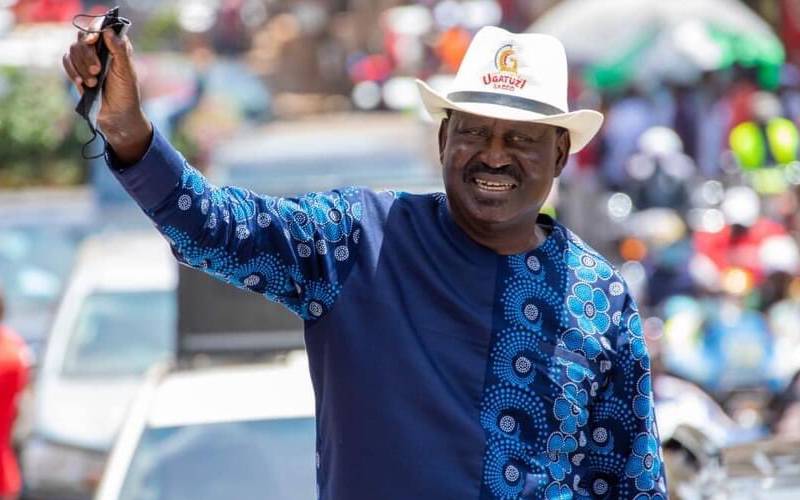 Azimio la Umoja-One Kenya will convene at Kamukunji Grounds in Nairobi on December 7 and December 12 to protest against President William Ruto’s misrule.

In efforts to ensure he and his supporters have aligned on the quest for progressive reforms, opposition leader Raila Odinga said he’ll convene consultative gatherings at Kamukunji Grounds in Nairobi on December 7 and December 12, 2022.

“On December 7, at Kamukunji Grounds in Nairobi, we’ll launch public consultations with the people of Kenya to brainstorm on the direction the country is taking. We will return to the same venue on December 12 to continue with these consultations on the state of our nation,” said the ODM chief.

Raila says the gatherings will enable him to chart a way forward on how to keep Ruto’s government in check.

His remarks come on the back of President Ruto’s statement, urging the opposition to refrain from public protests as a way of expressing their displeasure with the government.

His remarks come a few hours after President Ruto suspended four IEBC commissioners to pave way for investigations into their August 9, 2022 election conduct.

A nine-member team, led by Justice Aggrey Muchelule, has been assembled to probe the accused.

Raila a presidential candidate in the August polls, reads malice in the manner in which commissioners Juliana Cherera, Francis Wanderi, Irene Masit and Justus Nyang’aya are being treated by the current administration.

The ODM party leader vowed to go on with nationwide rallies to protest the plot to kick out the commissioners from office.