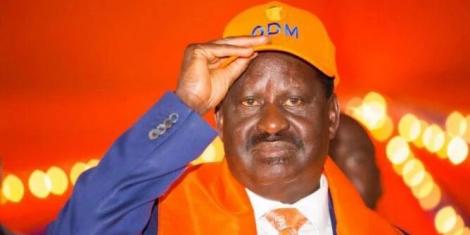 Days after the Orange Democratic Movement (ODM) national youth coordinator Stazo Omungala pleaded with the party to waive membership registration fee, the opposition outfit has heeded to his pleas and granted a waiver.

The Orange party has waived party membership registration fees for the next three months.

“The Party Leader HE. Hon. Raila Amolo Odinga has directed my office to waive the membership fee for anyone wishing to join our party in the next three months beginning 1st July, 2021,” said ODM Secretary General, Edwin Sifuna said in a letter to all County Chairpersons.

Recently, Stazo who is the Upper Savannah Mrember of County Assembly (MCA) during a meeting for the party’s Nairobi delegates, urged the party to waive the Sh100 required for ordinary membership registration due to the current economic situation caused by the Covid-19 pandemic.

Following the waiver, Stazo called on the Orange party supporters to use three-month free registration window to sign up as members of the party, which will allow them to participate in the grassroots elections and nominations.

Stazo urged thanked the party leader for being considerate and urged the youth to take advantage of the window period provided by ODM and register in large numbers to be members and exercise rgeir democratic rights of vyeing or electing their leaders of choice.