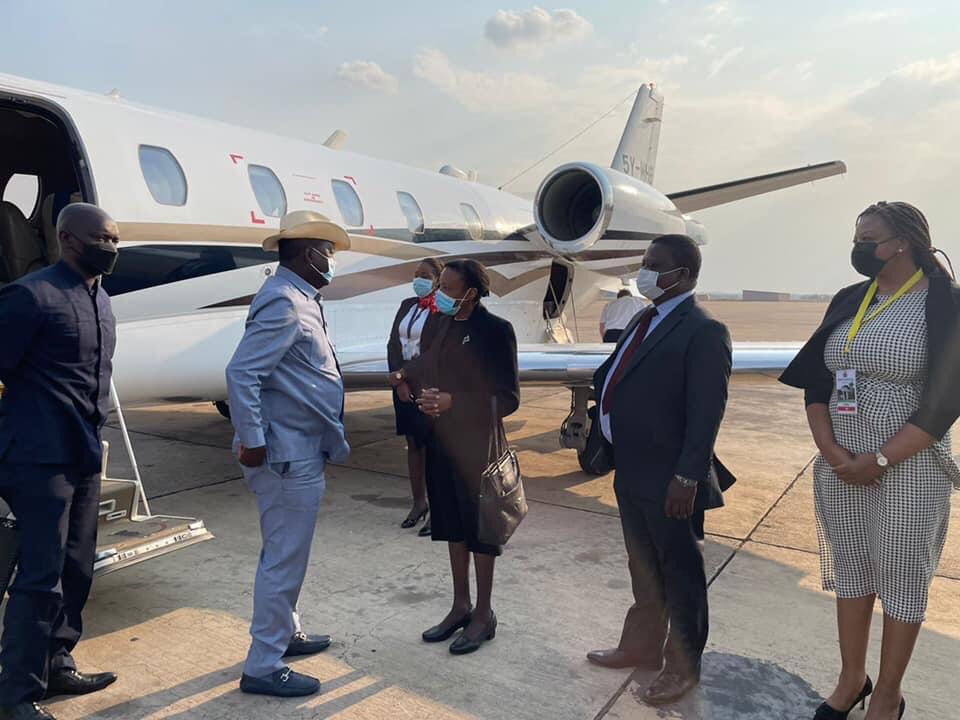 Opposition leader Raila Odinga has arrived in Zambia for the inauguration of the country’s president-elect Hakainde Hichilema.

Hichilema, who was Zambia’s Opposition leader and who had tried his luck at the presidency for a record five times trounced Edgar Lungu after garnering over 2.8 million votes on his sixth stab.

Taking to his social media platforms on the evening of Monday, August 23, the ODM leader announced he had arrived in the south-African nation for Hichilema’s swearing-in which will be held on Tuesday, August 24. The former premier said he was especially elated to witness a seamless transfer of power in Zambia.

Arrived in Lusaka, Zambia for tomorrow's inauguration of President-Elect @HHichilema.

It will be a great day for the people of Zambia and Africa as a whole to witness a seamless transfer of power as envisaged by democratic processes. pic.twitter.com/mBDgqRyKjk