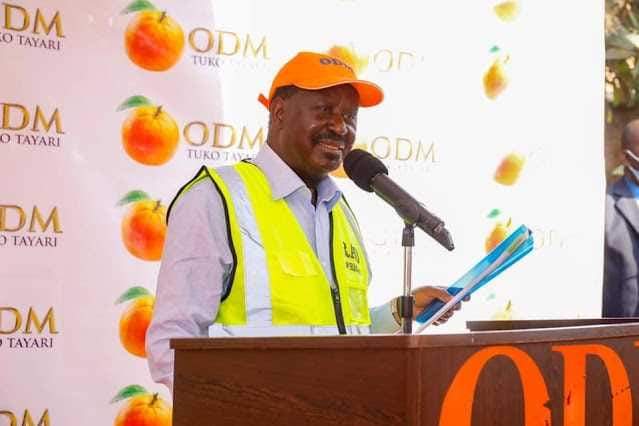 RAILA ODINGA reveals that he was the one who designed the Nairobi Expressway – I am the brain behind the multibillion-dollar project!

Orange Democratic Movement (ODM) Party Leader, Raila Odinga, has said he is the brain behind major infrastructural projects that have been going in the country for the last 10 years.
When Raila Odinga was the country’s Prime Minister from 2008 to 2013, Kenyans witnessed meteoric infrastructure growth in the country, and one of the major landmarks is the Thika- Nairobi Super Highway.

Speaking on Tuesday, Raila also revealed that he is the brain behind the ongoing Nairobi expressway.

“I came up with the idea of by-passes to ease up traffic congestion in the City.

“I personally designed the Nairobi Expressway that is being built under President Uhuru’s leadership… There are so many things we can do to make Kenya better,” Raila, who is also the Head of Infrastructure in Africa said.

The multi-billion-dollar project, which will run from Mombasa Road to Waiyaki Way is expected to be complete by June 2022 and it will end perennial congestion in Nairobi and nearby counties.