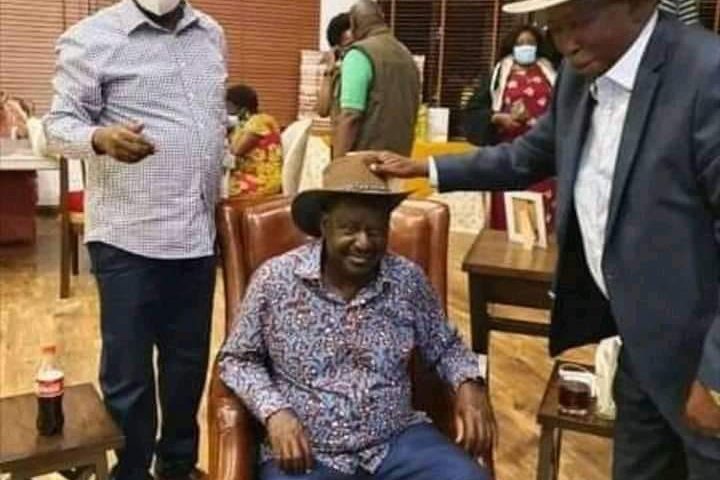 Nominated Member of Parliament Maina Kamanda has brushed aside UDA’s party win in Kiambaa Constituency as a fluke, adding that Raila Odinga’s presidency will only need 40% of votes from the Mount Kenya region.

Speaking on Wednesday in Mombasa during a political rally, Kamanda, now a close ally to ODM’s party leader Raila Odinga was quick to brush aside the DP William Ruto’s led party outfit.

“ Kiambaa was fifty fifty to us. We only spent three weeks there, what about when we spend a year there or at least six months? Things will change in Central. For us to win the presidency we only need 40% of votes from the region,” the former Starehe MP confidently said.

Kamanda criticized the deputy president and his forums which appear to rebel against the union between president Uhuru Muigai Kenyatta and Raila Odinga.

DP Ruto on the other hand was in Machakos County on the same day, where he took the bull by its horns.

“Before you talk to us, first apologize to the public for your hypocrisy. What they told us is priority on the amendments on the constitution is what has deteriorated this economy,” Ruto said and added that the Kenyan public is suffering because the government seems to have changed its priorities.

Raila Odinga, though, still maintains that DP Ruto is wrong in his approach to the 2022 presidential race. According to Odinga, BBI is there to serve Kenyans, reduce the wage bill and increase money to grassroots so that common ‘mwananchi’ will be served efficiently. Odinga further detailed that his ideas cannot be compared to Ruto’s wheelbarrow campaigns.

The two principals are still locking horns, with slightly over a year to the general elections, but veteran Raila Odinga is still non-committal to make public his decision to run for the presidency.

However, some of the ODM party leaders are getting impatient with their party’s decision to delay the announcing of their presidential flag bearer.

Jubilee party leaders are now offering more than five million votes from the 10 Counties of Mount Kenya in a bid to brush off DP William Ruto’s influence in the region.