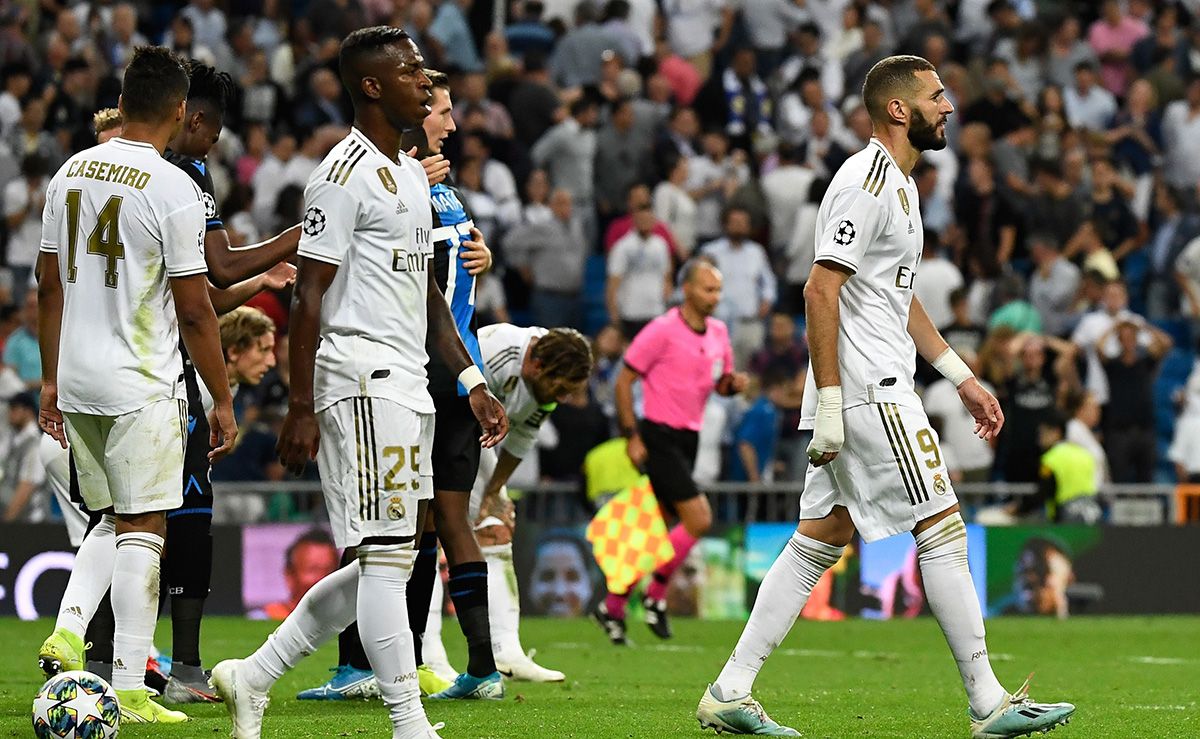 Laliga leaders Real Madrid dropped their first points since October after Sunday’s 0-0 stalemate at the Bernabeu.

Real Madrid were held to a shock goalless draw by struggling Cadiz.

Carlo Ancelotti’s side extended their lead at the top of La Liga to six points but second-placed Sevilla now have a game in hand.

Second-bottom Cadiz grabbed a valuable point in their fight against the drop.

It was a gutsy performance by the southern club at the league leaders as they survived a second half in which Real bombarded Jeremias Ledesma’s goal without finding the net.

Nabil Fekir put Betis ahead only for Williams to make it 2-2 and De Marcos’ goal snatched the points in the 89th minute.

They climbed out of the relegation zone thanks to Poveda’s late header in the 1-0 win which lifted them above the bottom three on goal difference.

Grenada beat Mallorca 4-1 to move closer to their visitors in mid-table. Jorge Molina’s hat-trick and Antonio Puertas’ goal eased them to victory.