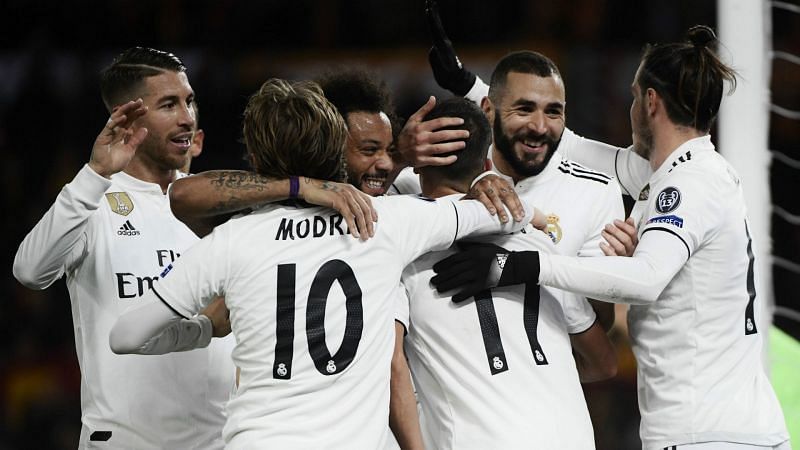 The first El Classico without former Barcelona’s Lionel and ex- Real Madrid’s Sergio Ramos in a new look rivalry as the Catalans were pipped by 2-1 by Real Madrid at the Camp Nou on Sunday, October 24th, 2021.

It was the first Clasico without Barca icon Lionel Messi or Real legend Sergio Ramos – who both joined Paris St-Germain in the summer – since 2004.

Real Madrid went to the  top of La Liga and left Ronald Koeman’s side down in eighth in the table.

David Alaba started and finished a counter attack for the first and Lucas Vazquez got a second in added time.

Alaba’s goal was the best of the game. The former Bayern Munich defender won the ball from Barca striker Memphis Depay on the edge of his box before starting a counter-attack.

David Alaba  is the fifth player to score on his debut for in #ElClásico in all competitions in the 21st century, after Ronaldo Nazário  in 2003, Ruud van Nistelrooy  in 2006, Raphaël Varane and Jesé Rodríguez  in 2013.

He finished it off by running onto Rodrygo’s pass before slamming a shot across home keeper Marc-Andre ter Stegen into the far corner.

The final two goals came in injury time with Vazquez tapping in after Marco Asensio’s shot was saved by Ter Stegen.

Substitute Aguero buried Sergino Dest’s cross, in what was only Barcelona’s second shot on target, but the final whistle went seconds later.

Madrid ended the day one point behind Real Sociedad at the top after the Basque side drew Sunday’s late game 2-2 with Atletico Madrid.

Both sides are next in action in La Liga on Wednesday, with Barcelona travelling to Real Vallecano , while Real host Osasuna.