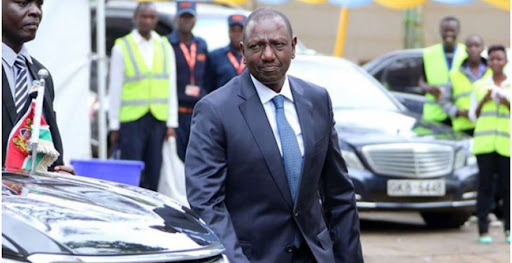 Former Prime Minister Raila Odinga has advised the Deputy President Dr William Ruto to resign in order not to earn a free salary for doing nothing.

“This is not the first time we have a vice president, my father was not fired by Kenyatta, he realised he was not being assigned duties, so he wrote his resignation to the president,” Raila said.

According to Raila, his father resigned from the Kenyatta government as he was not willing to continue earning a salary without any clear roles.

According to the ODM leader, Kenya’s first president resigned, afraid that history would judge him harshly for earning a salary without clear roles.

Raila who will be making a fifth attempt at the presidency also trained his guns on legislators who were in both Jubilee and the newly formed political outfit United Democratic Alliance (UDA) party, asking them to resign and seek fresh mandate from the electorate.

He also went down memory lane, saying that in his hey days, he resigned as the Langata MP in 1994 after a fall-out with the then Saboti MP Michael Kijana Wamalwa over the leadership of Ford Kenya.