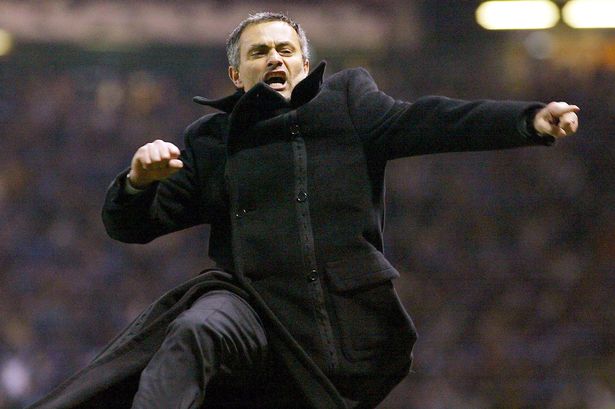 Jose Mourinho Marks his 1,000th Game as Coach with Victory

Mourinho marked his 1,000th game as a manager with a classic Jose Mourinho celebration.

He rolled back the years, sprinting down the touchline to celebrate Stephan El Shaarawy’s injury-time winner for Roma with his players.

Those scenes were reminiscent of the iconic moment when he charged down the Old Trafford touchline as manager of Porto in 2004, after knocking Manchester United out of the Champions League.

That was the year he led the Portuguese side to win the trophy before taking over at Chelsea as the self-proclaimed ‘special one’.

The Portuguese, who joined Roma in May after being sacked by Spurs, explained the goal was so significant because he was “scared” of losing the landmark game.

this game had a really special meaning for me. And I am sure I will remember it for the rest of my life, because my 1000th game as a coach was this one.

“I didn’t want to lose it, and I was very scared of having that be my lasting memory of the moment. So I was lying to everyone beforehand. It was a very special feeling.

“Perhaps God decided that I didn’t deserve to have a negative memory of this particular game.”

The 2011 Serie B player of the year signed from Chinese top flight league side Shanghai Shenhua Stephan El Shaarawy scored in the 92nd minute to maintain his side’s 100% record this season.
Roma are top of the table ahead of Milan and Napoli on goal difference.