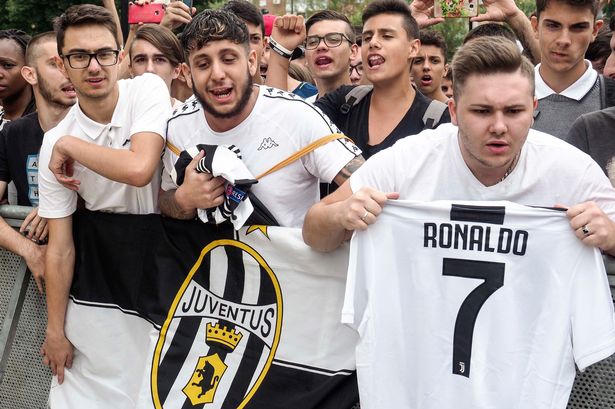 Juventus lost their second Serie A match to remain without a victory this season after they lost 2-1 to Napoli since Cristiano Ronaldo left for Manchester United.

As Juventus lost to Napoli in Naples, Ronaldo, who helped Juventus win Serie A twice in three seasons, rejoined United in a £12.8m deal on transfer deadline day and scored twice for them in Saturday’s 4-1 win over Newcastle.

Ex-Chelsea striker Spanish international Alvaro Morata gave Juventus an early lead, but goals from Matteo Politano who gifted Napoli’s faith in him by completing a permanent from Inter Milan after a two year loan spell and Senegal national team captain Kalidou Koulibaly helped Napoli come from behind to win.

Koulibaly’s winner came with five minutes to go after an error from Moise Kean, playing for Juventus for the first time since completing a two-year loan move from Everton.

Kean had only been on the pitch for three minutes and nearly scored an own goal with a misplaced header from a corner before Koulibaly converted the rebound, after goalkeeper Wojciech Szczesny could only parry Kean’s header.
Juventus, who came fourth in 2020-21, have only picked up one point from their opening three Serie A matches.

Napoli are top of the league with nine points from three games, although they will lose top spot if Lazio, Roma, Inter Milan or AC Milan win on Sunday.