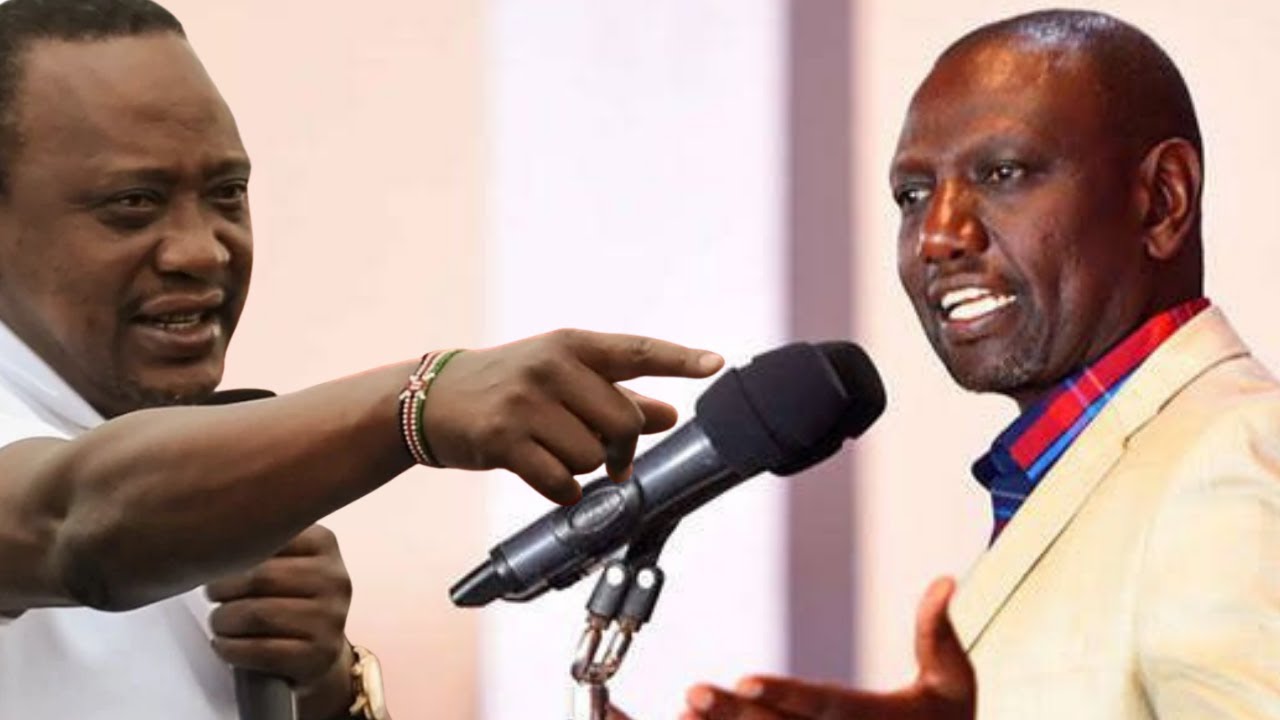 With only 38 days left to the August 9 polls, President Uhuru Kenyatta has yet again attacked his deputy William Ruto for being lazy and not able to deliver the Jubilee government’s mandate to Kenyans.

The President, without mentioning Ruto’s  name, criticized his deputy for making several pledges during his presidential campaigns for the forthcoming elections and yet he had failed to work for Kenyans when in office issuing numerous pledges yet he had the opportunity to deliver.

Loosely translates to: ” I am saddened to see some people talking out there. Someone has been given a job instead of doing it he is just making empty talks. Then the same person starts saying he will do this and that”.

“Why didn’t you do that when you had the opportunity. People should stop such rubbish… This issue of making too much noise here and there should stop. CS munya here has delivered a lot in the three years he has served. What have those people done for the 8 years?”

Uhuru was speaking during the celebrations for the 100th International Co-operatives Day at the Kenyatta International Convention Centre (KICC) in Nairobi on Saturday, July 02, 2022.

The President went on to urge Kenyans to make wise choices ahead of the August polls reminding them their future is at stake.

Uhuru noted that he has not coerced anyone into backing a particular camp but said it is upon Kenyans to evaluate their leaders before voting for them.

Newer Post
Covid-19: Two Die as 297 Are Infected with Coronavirus
Older Post
Blow to Ruto as over 700 professionals endorse Raila in Elgeyo Marakwet